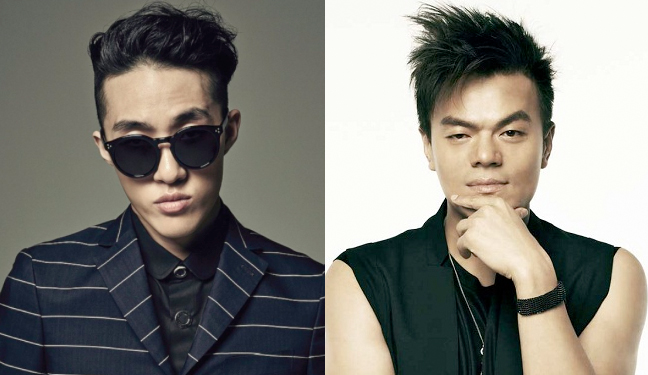 Amid reports of a special collaboration performance planned by “Infinite Challenge” at MBC‘s year-end award show “Gayo Daejejun,” it has been clarified that the only artists from the recent “Infinite Challenge” music festival who are confirmed to be performing are Zion.T and Park Jin Young.

The music festival took place in August of this year, and featured musicians teaming up with cast members from “Infinite Challenge” to create and perform an original song in front of over 40,000 fans. The musicians involved this year were BIGBANG‘s G-Dragon and Taeyang, IU, Hyukoh, Zion.T, Park Jin Young, and Yoon Sang.

However, due to schedule conflicts, most of the musicians from this year’s music festival will most likely not be able to attend. A representative of IU told OSEN, “IU will be an MC at SBS‘s “Gayo Daejun,” so due to her busy year-end schedule, it will be difficult for her to take part.” BIGBANG’s G-Dragon and Taeyang also have previous commitments, as they will be in China attending Hunan TV’s New Year’s Eve special on the date of “Gayo Daejejun.”

Hyukoh will be holding their own year-end concerts on December 30 and 31, which will make it hard for them to attend “Gayo Daejejun” as well. A representative of Yoon Sang has also stated that they haven’t heard anything about a planned appearance at “Gayo Daejejun.”

In addition, the cast members of “Infinite Challenge” also will not be attending the show. Therefore, although Zion.T and Park Jin Young will be performing, their respective partners Haha and Yoo Jae Suk are reportedly not joining them.

MBC told TV Report on December 24 that the special performance had always been planned to only include the musicians from the music festival, and not the cast members of “Infinite Challenge.”

MBC’s “Gayo Daejejun” will air on December 31 at 8:55 p.m. KST, and will be hosted by Kim Sung Joo and Girls’ Generation‘s YoonA.