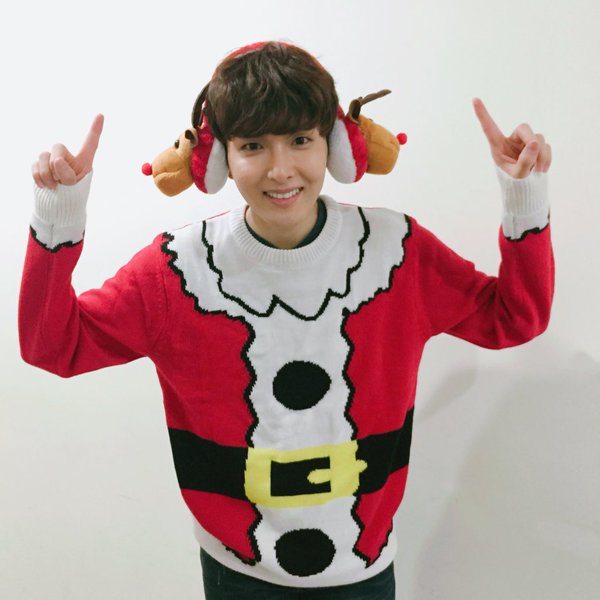 Super Junior‘s Ryeowook gave his fans perhaps the best gift ever in the form of a spontaneous high-five and hug event!

The event was in celebration of selling out every seat to the evening show of his play, “The Curious Incident of the Dog in the Night-Time.” Attendees to the play were led from the theatre after the performance was over to the photo wall, where they were then able to get a high-five from Ryeowook in person. Ryeowook dressed in his best Santa impression, wearing a sweater printed with Santa’s signature look, and topped the look off with a pair of reindeer earmuffs. 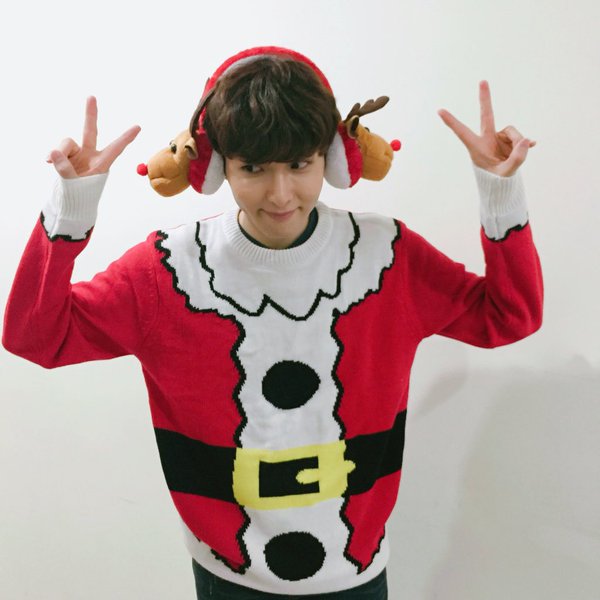 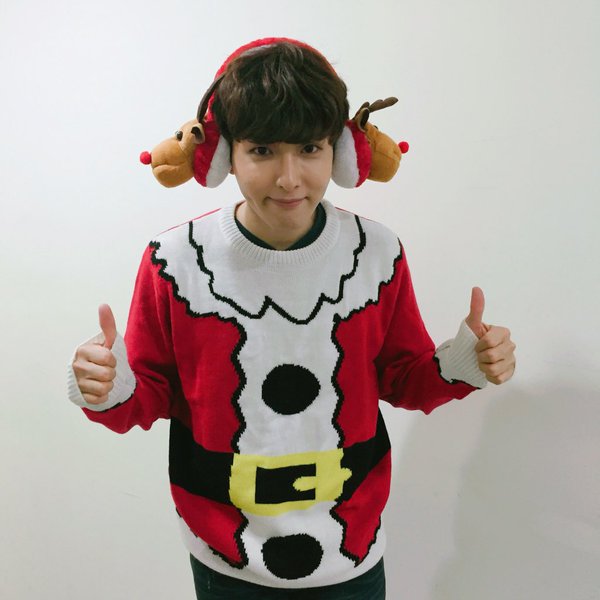 Then, in the giving spirit of Christmas, Ryeowook switched to giving out hugs instead in the middle of the event. As the theatre seats more than 1,000 people, Ryeowook probably made many fans very happy with his spontaneous gift!

Meanwhile, Ryeowook is also currently in the midst of preparations for his upcoming solo debut.