2015 KBS Entertainment Awards: Who Are the Big Winners of the Night?

The 2015 KBS Entertainment Awards are over, and boy, were there some surprise winners this year!

The ceremony was hosted by Shin Dong Yup, Sung Si Kyung, and AOA‘s Seolhyun, and “Gag Concert” was one of the big winners of the night, with many of its cast taking home coveted awards! Two other big winners were “2 Days & 1 Night” taking home the Viewers’ Choice Award (with a mere 0.5 percent lead!) and Lee Hwi Jae taking home the Grand Award. Check out the full list of winners below. 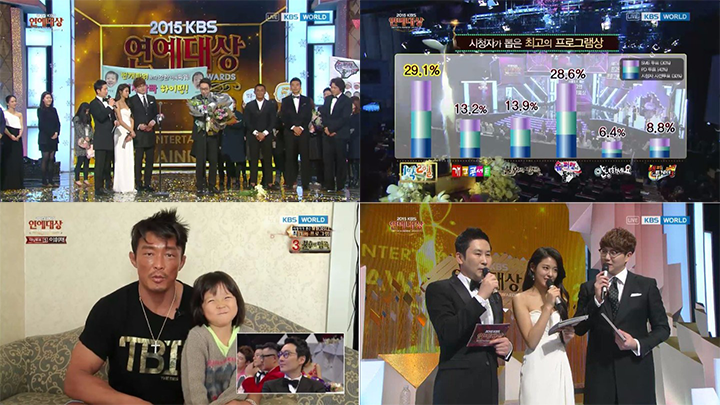 Were you surprised by any of the winners tonight? Who didn’t win that you think should have? Let us know your thoughts in the comments below!

Update: This article has been updated to correct some misspellings of the winners’ names.

2015 KBS Entertainment Awards
How does this article make you feel?