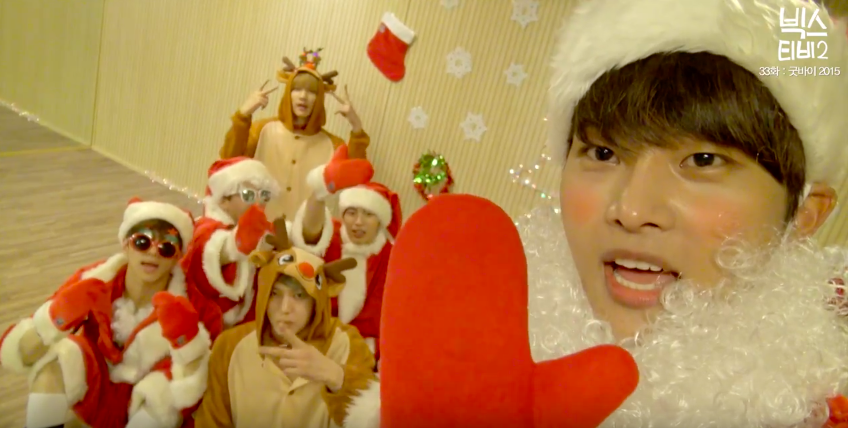 An unfortunate moment in the Christmas episode of VIXX‘s web series “VIXX TV2” recently caused a bit of a stir amongst fans, causing Jellyfish Entertainment to take the episode down for re-editing.

The moment in questioned happened in the latter portion of Episode 33, when each member took the camera in turn to give their Christmas greetings. While Leo had the camera, Ravi and Ken sat off to the side, and Ravi playfully removed Ken’s glove. In response, Ken showed what seems like an obscene hand gesture.

Fans were quick to notice the moment, and within hours of the video being posted, Jellyfish set the video to private and posted a statement to the official fan café. “In Episode 33 of VIXX TV2, there is a scene that can cause a misunderstanding, so for the moment we have removed the video. We’ve concluded that the scene in question is not what fans were concerned it was; however, because of its misleading nature, we will reupload the episode after re-editing.” 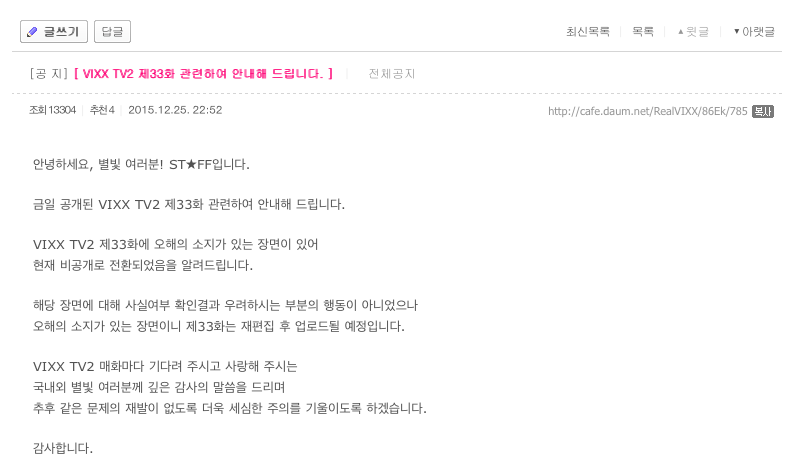 The statement continued, “We’d like to extend our deepest thanks to all the Starlights here and abroad who wait for every episode, and we will make every effort to ensure that such a problem does not occur again in the future.” The edited episode has since been reuploaded to the VIXX official YouTube page.

Thanks to Stef for the tip!

VIXX
Jellyfish Entertainment
How does this article make you feel?