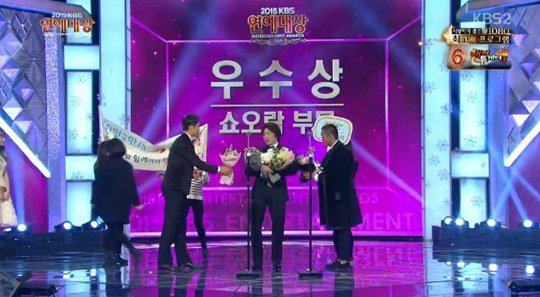 Song Il Gook Thanks Everyone for Their Love for His Triplets

For the Best Male Entertainer Award under Variety Show category, the nominees were Moon Hee Joon of “Immortal Song,” Song Il Gook of “The Return of Superman,” Jung Joon Young of “2 Days & 1 Night,” Jung Tae Ho of “The Human Condition,” and announcer Jo Woo Jong of “A Look at Myself.” 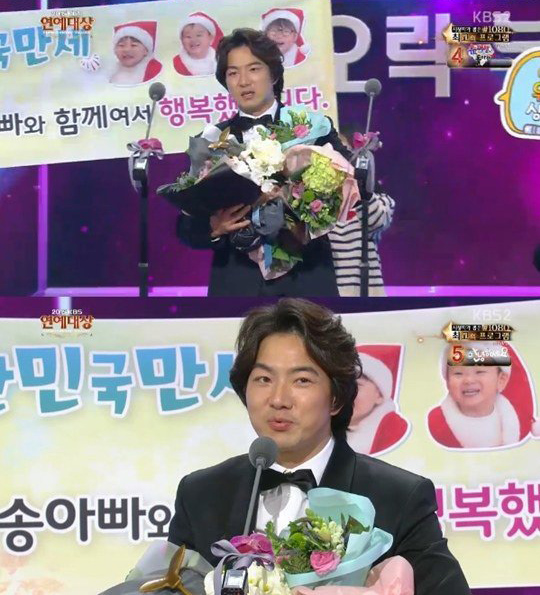 The award went to Song Il Gook. In his acceptance speech, he commented, “Thanks to all the production crew members of ‘The Return of Superman,’ I was able to be a good dad. We just finished our final taping. Thank you so much for your love for Daehan, Minguk, and Manse.”

Actress Kim Soo Mi and comedian Park Myung Soo of “A Look at Myself” put on a special stage along with singers Hong Jin Young and producer and singer Yoo Jae Hwan.

2015 KBS Entertainment Awards
Song Il Gook
How does this article make you feel?