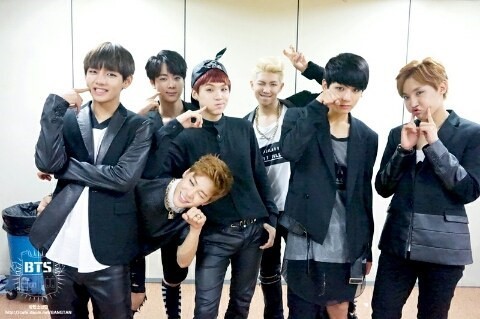 The Most Aegyo of Them All: Male K-Pop Idols

It’s a behavior that refuses to believe in the gender binary; it’s basically a requirement at some point in every interview, reality show, or concert; and, to a non-fan, it’s probably one of the strangest things about K-Pop. Yeah, I’m talking about aegyo — the cutsey behavior that inspires grown men and women alike to find infinite ways to make heart shapes with their hands, raise their voices a few (or more) octaves, and squeak out childlike phrases about ghosts and poop.

But Soompi, Soompi, on my screen, who are the aegyo kings and queens?

Admittedly, without some kind of K-Pop industry-wide aegyo battle (can you imagine??), this might not be a truly answerable question. And of course, aegyo standards are both variable and subjective — whether one judges based on natural aegyo, facial expressions, hand gestures, voice, or gwiyomi song abilities, aegyo is in the eye of the beholder.

So even though I’ve compiled this list after extensive research (i.e. more time spent watching aegyo clips on YouTube than I care to admit), this is by no means a definitive list, and the rankings are only loosely ordered at best.

Without any further ado, here are 10 of the most aegyo male idols!

I love L. I also love cats. So all of my aegyo dreams came true when I saw this:

For someone who is so well-known for his athleticism and competitiveness, SHINee’s Minho sure has a lot of aegyo.

Although Minho sometimes says he doesn’t like aegyo or acts surprised when asked to do aegyo, he can sure work some aegyo magic at the drop of a hat.

When asked about which member has the most aegyo, EXO members often point to maknae Sehun. It’s always the quiet ones, right?

The first GOT7 song I heard was “Just Right,” which has a very cutesy MV. But Jackson made his aegyo skills clear when he appeared on “Weekly Idol” as part of Big Byung, dancing to Chamsonyeo’s “Magic Words.”

Jackson even seems to surprise himself and his group members when he busts out his aegyo here:

Um, just look at those sparkly eyes and giant smile — Ilhoon’s face was made for aegyo. He’s aegyo without even trying.

Ilhoon has also become well-known for his gwiyomi player prowess. Check out one of his renditions below.

What’s an aegyo list without Sungmin, the “aegyo king” of Super Junior?

For some reason, I found Sungmin’s aegyo voice to be the cutest — not overly high or whiny, but somehow just very adorable. I can’t be the only one, right, ELFs?

This member of hip hop boy group MONSTA X is a big tough rapper, right? Well, maybe, but Jooheon is also an aegyo machine — and with those twinkly eyes and adorable dimples, is anyone really surprised?

Jooheon even has his own trademark aegyo, “kku kku kka kka.” You can see more than five minutes of it here:

VIXX’s main vocal Ken has a powerhouse voice, but he is also cheerful, goofy, and downright adorable. His pouty lips and expressive face are full of aegyo!

Honestly, though, all of the VIXX members have some pretty strong aegyo game (even Leo, when forced…ha). Just watch their MV for “Love Equation” for evidence.

Even though BEAST’s Yoseob famously bulked up his impressive muscles by taking up boxing, he still has that adorable, teeny-tiny baby face that is pretty much the definition of aegyo.

Yoseob has so much aegyo that he was forced to “retire” it on “Weekly Idol” — not that it really stopped him, of course. Watch his “aegyo retirement” below:

Full disclosure: I am a new recruit to the ARMY and can’t claim the knowledge or devotion of a stage 5 BTS fan. But as soon as I saw this face…

…I knew who would be at the top of this list. I’ll let the video speak for itself — check out J-Hope’s aegyo (along with all of the BTS members) below. (They’re all pretty impressive, actually.)

Soompiers, who do you think is the most aegyo male idol? Vote in the poll below!