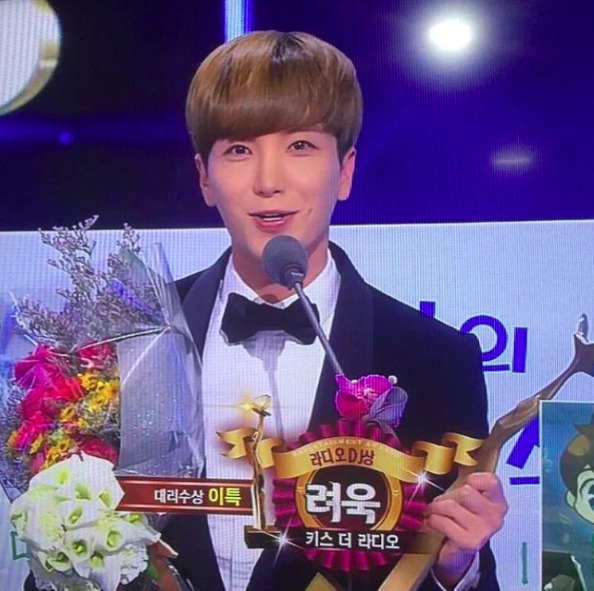 Last night at the 2015 KBS Entertainment Awards, Super Junior‘s Ryeowook won his first ever entertainment award with the Best Radio DJ award for “Super Junior’s Kiss the Radio.” Super Junior’s leader Leeteuk, who accepted the award on his behalf, took to social media to congratulate Ryeowook on the win.

“Ryeowook, congrats! Finally, after nine years you’ve received an award! The most regretful thing during your active years was that, even after five years [of doing radio] you’d never once received an award. But now it’s a bit of a relief. Ryeowook, you did great and you’ve worked hard!”

He continued, “This is awesome, and I’m happy, but on the other hand it would have been nice if Eunhyuk and I had also received an award once… Even so, it’s still good because it’s a Super Junior win!! Congrats!!!”

Leeteuk was one of the first two DJs of “Kiss the Radio” with Eunhyuk since its inception in 2006. Ryeowook took over the DJ spot at the end of 2011 along with Sungmin, and has hosted the show alone since Sungmin’s departure from the show in 2013.