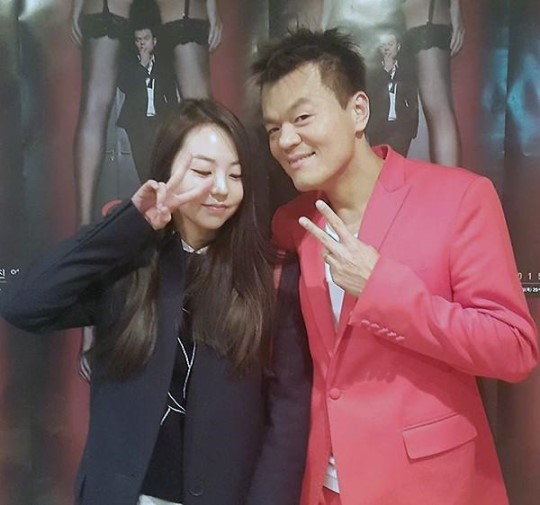 On December 27, Park Jin Young shared a picture of him posing next to Ahn Sohee backstage at his solo concert “Naughty Party STRIP.” For the caption, he threw in a little joke and wrote, “Sohee. For once, let’s take a photo where we’re looking friendly and smiling, please.”

While Ahn Sohee is being her chic self with her cool yet cute pose, Park Jin Young has placed his arm around her and smiles brightly at the camera, apparently trying to make the photo reflect their friendly relationship.

Nice to see that they are still keeping in touch!

Meanwhile, Park Jin Young kept fans entertained during the holidays by holding four solo concerts from December 24 to 27 in Seoul. Many of his fellow JYP Entertainment artists including members from 2AM, 2PM, GOT7, and TWICE showed their support for the singer, as proven by group photos on his Instagram.

Ahn Sohee
Park Jin Young
How does this article make you feel?