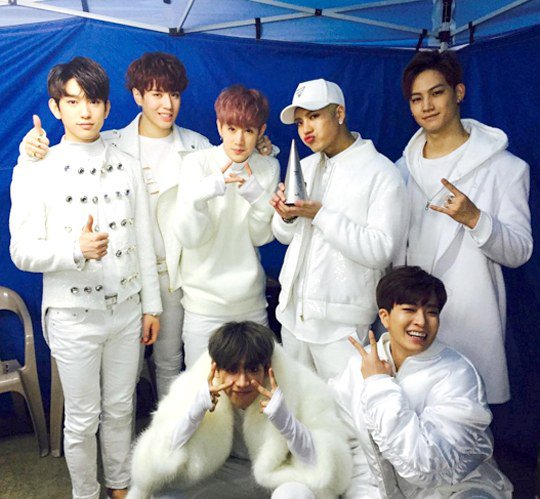 GOT7‘s Jackson and BamBam have sent their love and thanks to their supportive fans.

Following last night’s 2015 SBS Gayo Daejun, Jackson posted the above group photo on his Instagram. The GOT7 members appear to be hanging out backstage at the event, posing happily with their Chinese Netizen Popularity Award which they won that night.

In the caption, Jackson expressed his sincere appreciation for their fans’ support by writing, “For all the I GOT7 out there! Thanks for always supporting us! Really hope to see you guys real soon!”

BamBam uploaded the same shot on his Instagram, and thanked their fans, “I GOT7~ You did such a great job with supporting us today! Thank you so much. And! Thank you for helping us receive the Popularity Award. I GOT7, you are the best!”

And if you have yet to watch the 2015 SBS Gayo Daejun:

GOT7
2015 SBS Gayo Daejun
How does this article make you feel?