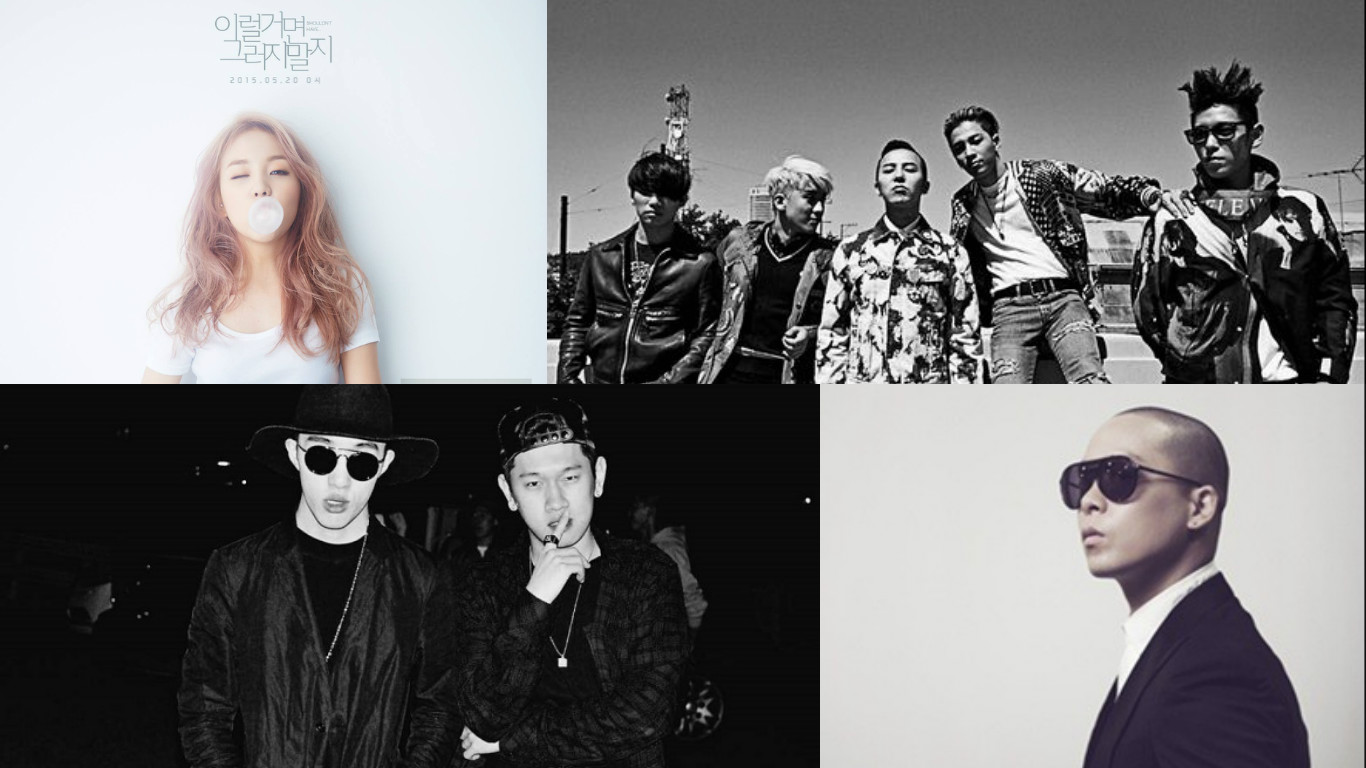 Top 10 Most Streamed Tracks of 2015 Revealed

2015 was the year of male soloists and boy bands — at least according to Gaon‘s respected streaming chart.

Local news outlet Hanguk Ilbo combined streaming chart data generated between December 28, 2014 and December 19, 2015 to find out which songs were most popular among the Korean public in 2015. The article refers to information provided by leading music chart Gaon, which compiles data from six leading music sites including Melon, Bugs, and Mnet to provide comprehensive charts about music sales, streaming, and more.

Surprisingly, only one girl group made the list this year — and on top of that, with a song released in 2014. EXID places eight with its viral hit “Up and Down.”

The only female soloist to break into the Top 10 is Baek Ah Yeon with her chart-topper “Shouldn’t Have.”

Also worth pointing out are this year’s big names BIGBANG and Zion.T. Both have three tracks in the Top 10, proving their commercial appeal and wide popularity.

Beloved ballad singer Brown Eyed Soul‘s Naul tops the list with his first solo single “You From the Same Time.”

Check out the Top 10 below.