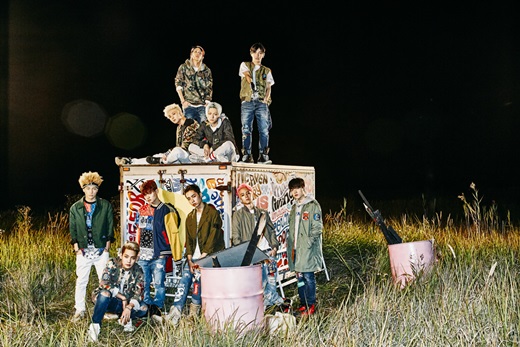 Boy group Topp Dogg will be making their comeback with another song from their fourth mini-album. They recently promoted their title track “The Beat” and will now follow up with the song “O.A.S.I.S” in January.

Fans were able to see their sharp dance skills and new concept with “The Beat.” The group embraced a more rebellious hippy and hipster style. All 10 members captured audiences’ attention with their different charms.

Meanwhile, “O.A.S.I.S” features lyrics that express their love for a special lady. The sensual lyrics and catchy chorus is especially notable. This song will show a different appeal from “The Beat.”

Topp Dogg will also be holding concerts in Japan on January 16 and 17.

*A previous version of this article stated the group would be making a comeback. Topp Dogg will not be making an official comeback; they will be promoting their follow-up song through radio shows.

Support the artist by buying The Beat from YesAsia
Topp Dogg
How does this article make you feel?