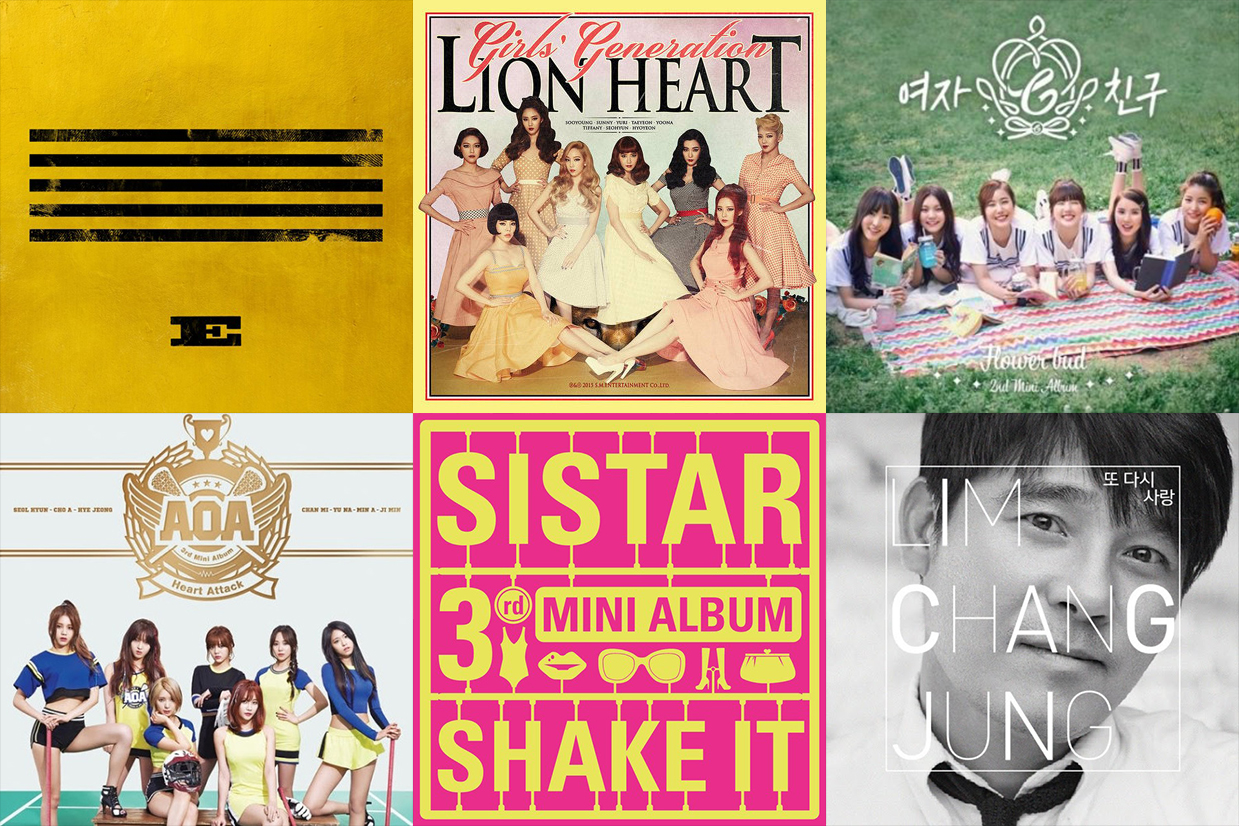 This is the top 50 songs of 2015 according to our Soompi Weekly Chart. Artists with multiple hit songs in 2015 will be represented by their highest charted song.

Female groups dominated the top 10, including the top three. Girls’ Generation’s “Lion Heart” is our 2015 No. 1 song. This song spent 17 weeks on our chart, including ten weeks in the top 10 and most importantly, three weeks as No. 1 song. It capped off a wonderful comeback year for the group and its members. Lead singer Taeyeon’s “I” also made the year end top 10 at No. 7. Congratulations to Girls’ Generation.

Rookie group GFRIEND has the surprised No. 2 song “Me gustas tu” not far behind “Lion Heart.” This song reached No. 3 twice but did one better on the year end ranking. Its longevity in popularity is the key, especially after GFRIEND’s famous wet stage performance incident. “Me gusta tu” spent 21 weeks on our chart and it has been in the top 50 since the beginning of August.

Rounding out the 2015 all female top three is SISTAR’s two week No. 1 song “Shake It.” This song was on the chart from July to October, a total of 18 weeks. SISTAR again released a chart topping hit in summer and its popularity extended well into Fall.

*Some of the songs have numbers in the parentheses. Please ignore them. They are just a code error in the chart.