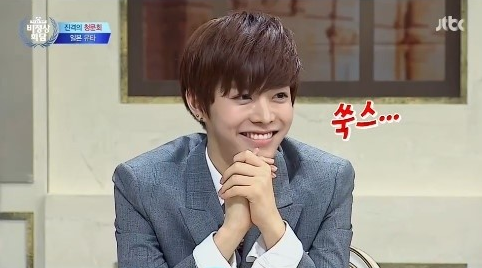 On the December 28 broadcast of JTBC’s “Abnormal Summit,” Yuta Nakamoto announced that he will leave the show.

Yuta is currently a trainee at SM Entertainment and is a part of SM Rookies. He revealed that his reason for leaving the show was for him to focus on his debut as a singer.

Hearing the news of his departure, MC Yoo Se Yoon commented, “Yuta will focus on his dream of becoming a singer. It’s a good thing for Yuta as an individual, but we’re sad to see him go.”

Yuta responded, “I learned so much here. To all the friends and staff members, I thank you. I’ll work hard and become successful. Someday, I will return to the show as a guest.”

Wishing you the very best, Yuta!

Abnormal Summit
Yuta Nakamoto
How does this article make you feel?