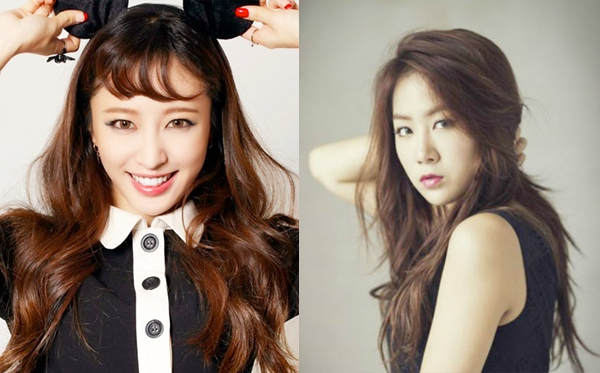 In a recent survey, EXID‘s Hani topped the list of girl group members born in the Year of the Monkey that netizens believe would be hugely popular as solo artists!

2016 is the Year of the Monkey according to the Chinese zodiac, which is based on a twelve-year cycle of zodiac signs represented by an animal. Previous years with the monkey zodiac sign have included 1968, 1980, 1992, and 2004.

To celebrate the upcoming new year, the music website Genie and the app Cash Slide surveyed 1,026 users from the ages of 10 to 30 to ask them which girl group members who were born in the Year of the Monkey that they think would be hits as solo singers.

All the members of the top three were born in 1992. Hani took first place with 46.2% of votes, SISTAR‘s Soyu came in second with 21.6% of votes, and MAMAMOO‘s Moon Byul took third place with 17% of votes.

52% of Hani’s votes were submitted by male respondents, while 48% were made by females, which shows her almost equal popularity between both genders. Genie reports that Soyu and Moon Byul both had a high number of female voters.

Which girl group member born in the Year of the Monkey would you want to see debut as a solo artist?