The nation’s MC Yoo Jae Suk has once again proved himself to be incredibly kindhearted!

While attending the “2015 KBS Entertainment Awards” on December 26, a fan managed to snap a photo of Yoo Jae Suk taking care of one of the hardworking members of the show’s crew.

The picture shows Yoo Jae Suk kindly giving a cameraman a drink of water. The fan writes that they had missed the opportunity to take a picture when they had seen Yoo Jae Suk giving him a drink before, but then had managed to catch the moment when Yoo Jae Suk offered him water again. 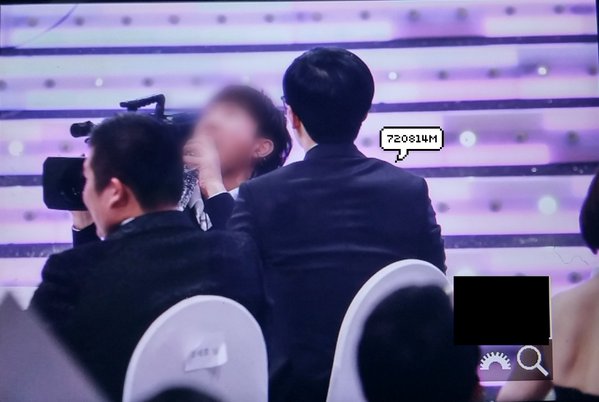 Another Twitter user writes that they not only saw Yoo Jae Suk giving the cameraman water, they also saw him fixing his clothes and helping with his equipment.