Their album has continued to stay within the top 10 on Billboard’s World Album Chart for four weeks straight.

As of December 30 KST, BTS’s mini-album is in sixth place. They were able to maintain this spot from the previous week as well. Currently, they are the only K-pop act in the top 10. In previous weeks EXO and TaeTiSeo had charted. 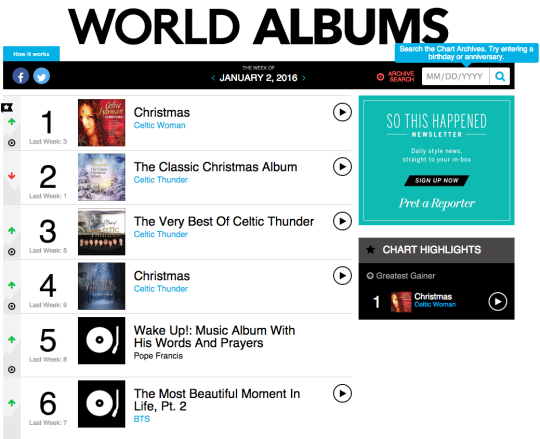 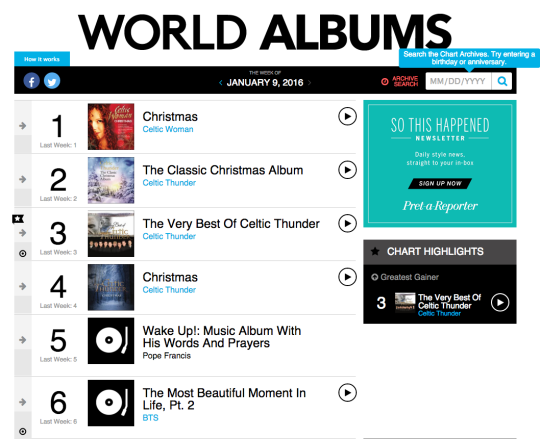 The group also previously made it to #171 on the Billboard 200 Chart which combines all albums.

Support the artist by buying The Most Beautiful Moment in Life Pt. 2 from YesAsia
BTS
Billboard
How does this article make you feel?