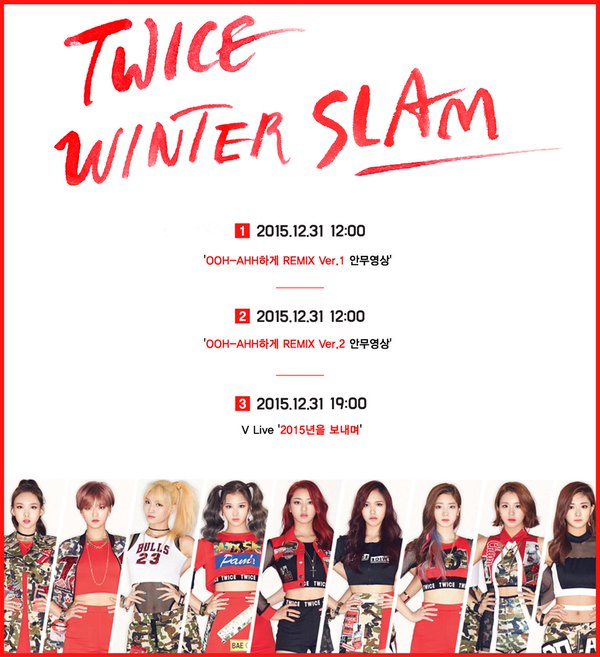 The versions are out! Check out the videos below!

TWICE will be wrapping up the year in style by dropping two remixes of their debut hit “Like OOH-AHH”!

It looks like two different remixes along with choreography videos will be released at noon KST, and the girls will share the last moments of 2015 with fans through a live broadcast starting at 9 p.m. KST.

Meanwhile, TWICE’s “Like OOH-AHH” was recently revealed as the most watched rookie music video of the year. The remix videos appear to be a way to thank fans for their love and support so far.

Are you looking forward to more TWICE before the end of 2015?