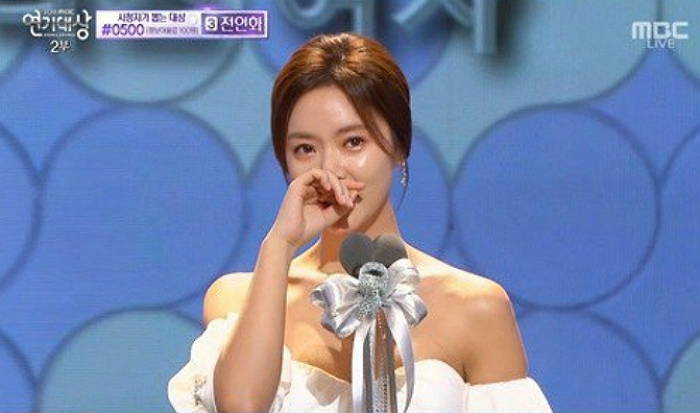 Actress Hwang Jung Eum breaks down as she wins big at the “2015 MBC Drama Awards” thanks to overwhelming love from her fans for her acting this year.

Hwang Jung Eum commented, “I’ll never forget working on ‘Kill Me, Heal Me.’ I can’t go on as an actor if I don’t understand the script. But the director patiently spent over an hour helping me understand.” She also expressed her gratitude to her crew members from “She Was Pretty,” her agency, her parents, and staff members.

Check out the clip of her acceptance speech here.

2015 MBC Drama Awards
Hwang Jung Eum
How does this article make you feel?