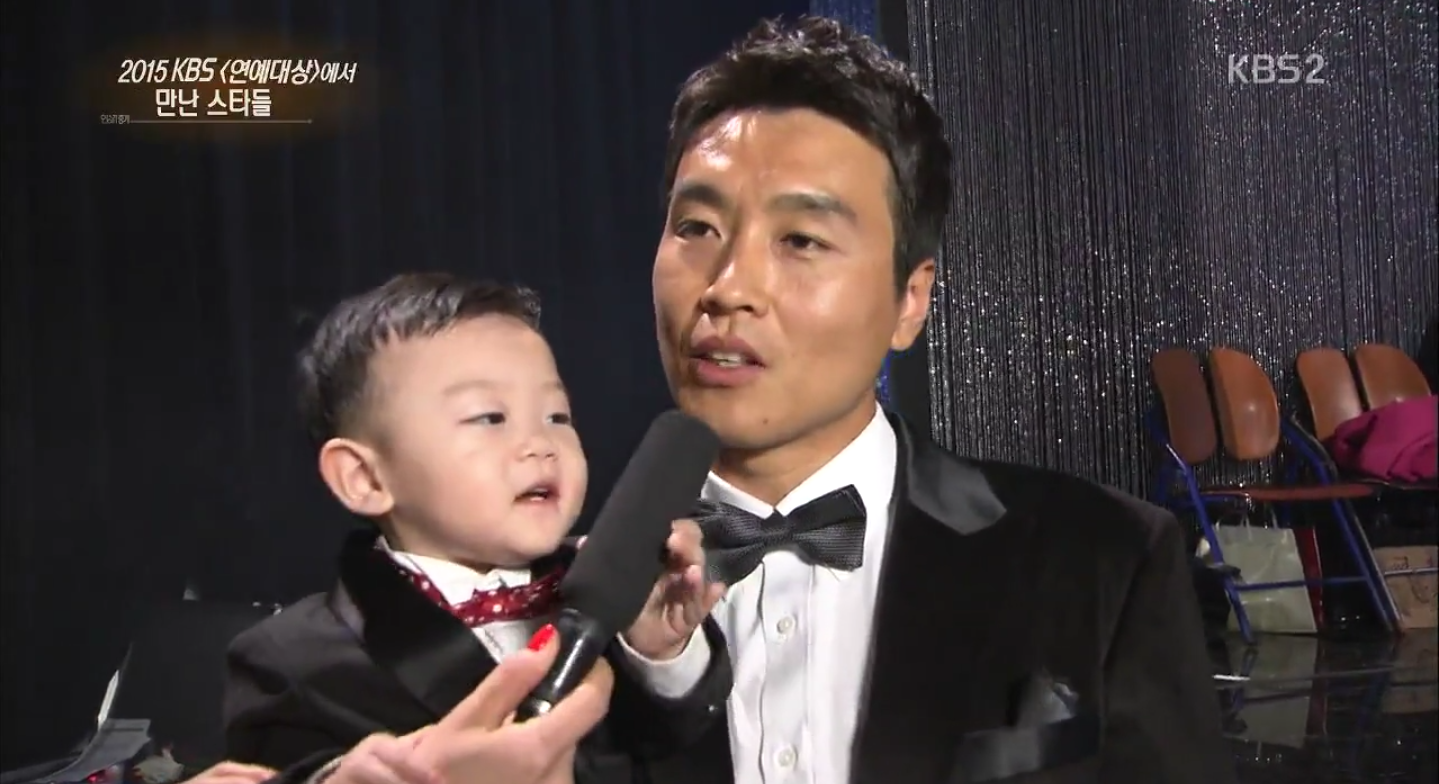 Lee Dong Gook’s son Daebak shows his strength and stubbornness during an interview behind the scenes at the “2015 KBS Entertainment Awards”!

January 2’s episode of KBS’s “Entertainment Weekly” features a look back at some of the highlights from December 26’s ceremony, including the winners of the awards in the variety category. The show shares a clip of Choo Sarang interrupting her dad Choo Sung Hoon’s acceptance speech, as well as an interview off stage with Lee Dong Gook and Daebak.

Although Daebak wasn’t bothered by the microphone on stage when his dad was accepting the Best Entertainer Award at the night’s ceremony, he definitely notices it when they’re off stage!

13-month-old Daebak first grabs the microphone and plays with it as his dad talks to the interviewer from “Entertainment Weekly” about the great memories they’ve made on the show. 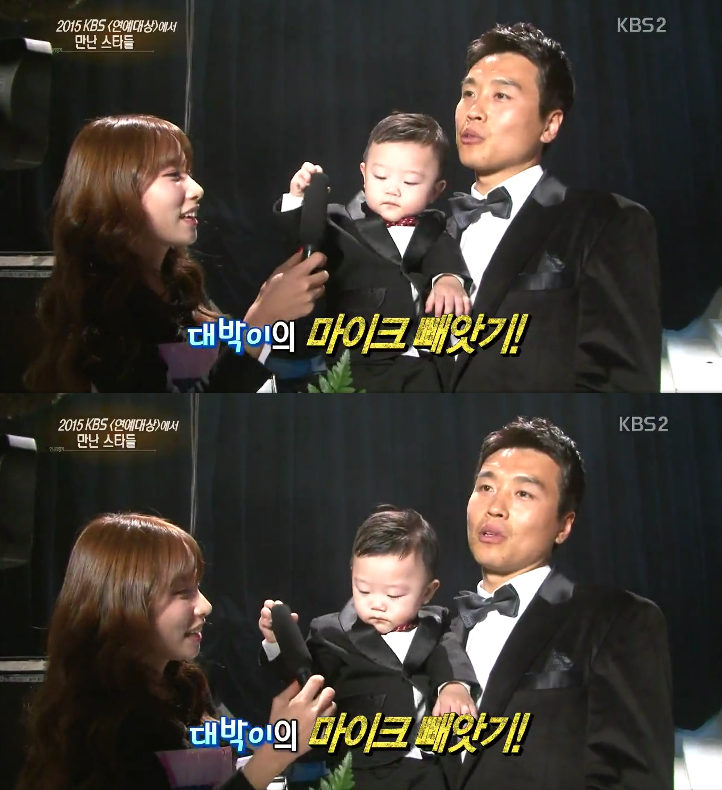 Next, Daebak tries to eat the mic, bringing it up to his mouth with one hand before using two hands to try to get a better hold on it. 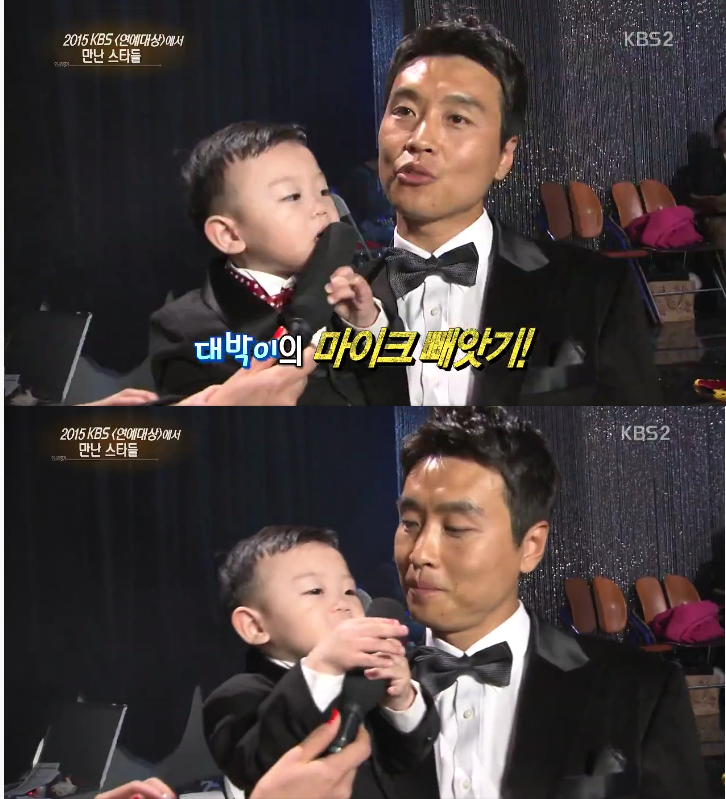 He seems to get tired of it though, and pushes it away from his dad’s mouth as he’s talking, which really surprises the reporter. 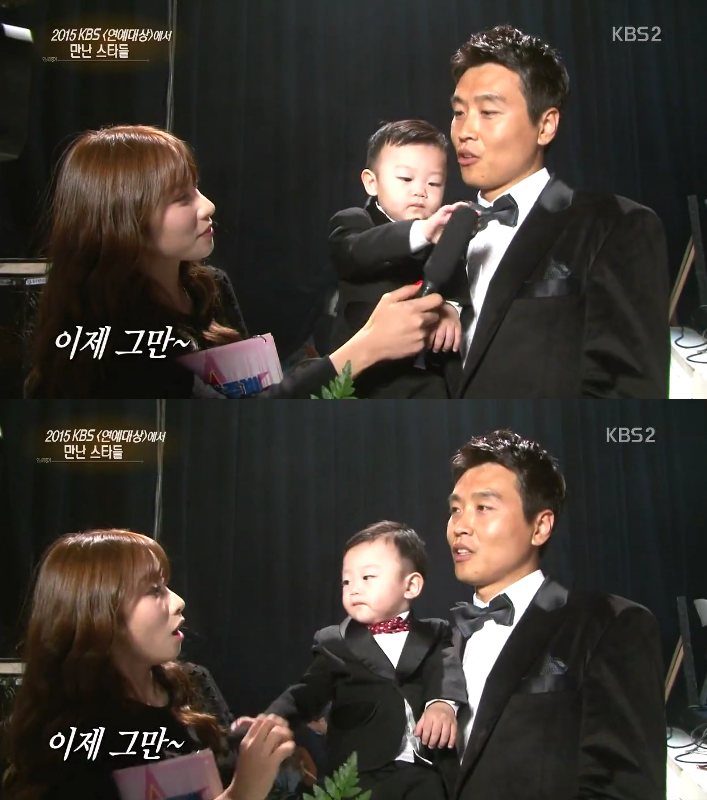 When the mic is brought back up to his dad’s face, he stubbornly just pushes it away again! 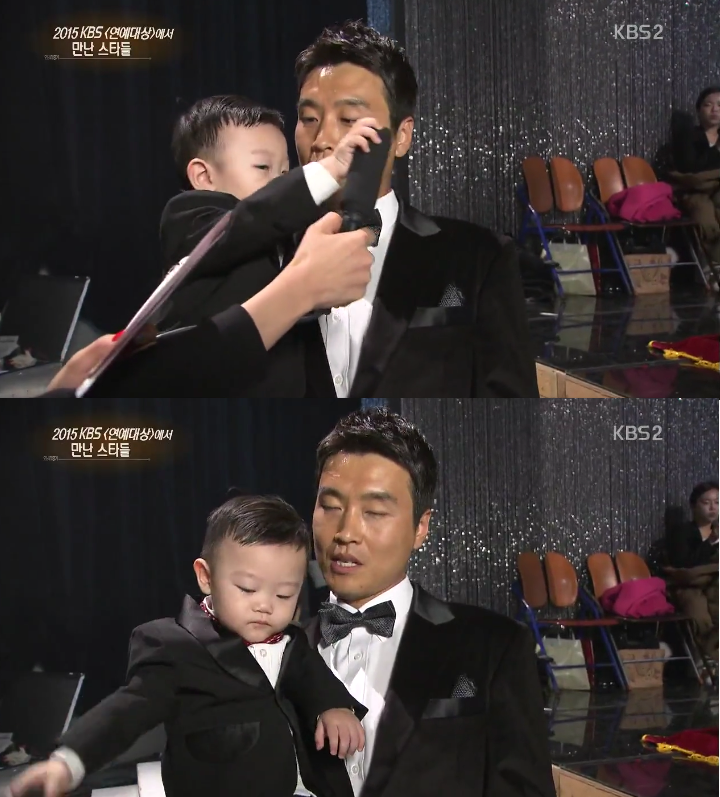 Daebak then stares at the reporter as she continues to try to interview his dad. 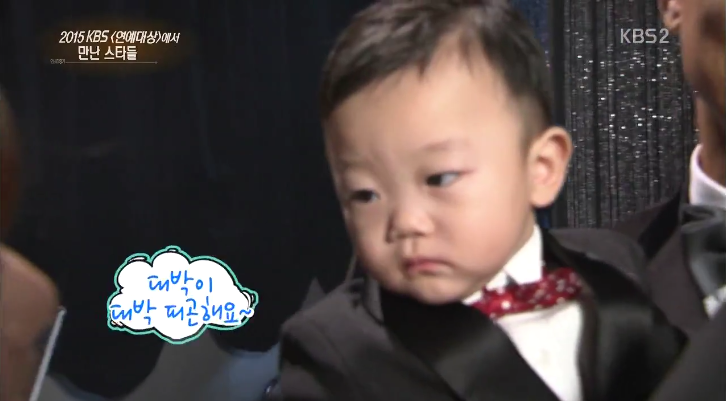 You can see Daebak and his family every Sunday on “The Return of Superman“! Watch the latest episode below.