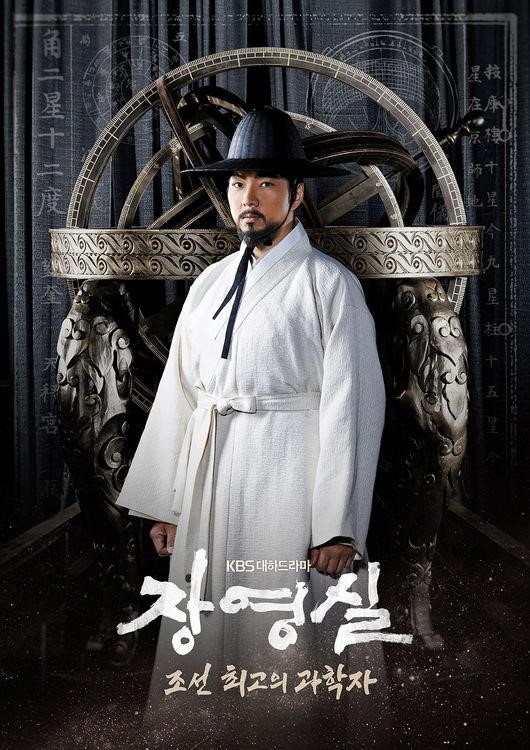 It was an amazing comeback. Actor Song Il Gook’s sheer presence on the television screen was enough for the viewers to forget about his more familiar image as the father of triplets or his five-year break from acting. Even in the previews which barely lasted a minute, Song Il Gook’s presence left the viewers wanting for more.

Unlike other historical dramas which tend to portray from the childhood of the main character, “Jang Young Shil” started out showing death of Jang Young Shil as an old man. Elder Jang Young Shil is seen walking across the wilderness holding a sundial. Seeing the clouds cover up the sun, he yells out, “Right! Just swallow it all up!”

The narration follows that says, “I gave my life to learning about the laws of universe. At times, I was disappointed to find out that the laws of universe aren’t always constant. I will disappear without a trace in this vast ever-changing universe. One thing I wish is that someone will take over the records I leave behind and continue the study. Whoever that may be, I believe in you.”

This segment was the only part Song Il Gook made his appearance in the first episode. Even so, his awesome acting ability was enough to make his presence linger throughout the whole episode.

Song Il Gook’s popularity as an actor began when he starred in the MBC drama “Jumong” with total of 81 episodes. Before that, he had appeared on KBS 2TV’s “Emperor of the Sea.”

As a veteran historical drama actor, Song Il Gook made a successful comeback through “Jang Young Shil” erasing all memories of his image as the “Triplets’ Daddy.” He was able to overcome the concern about his recent image as a dad interfering with his drama acting.

According to the AGB Nielsen (South Korea) Media Research results measured on January 3, the first episode of “Jang Young Shil” scored 11.6 percent in the ratings. That places “Jang Young Shil” at number two among the dramas that aired at the same time slot. The first place drama is MBC’s “My Daughter, Geum Sa Wol” scoring 28.5 percent.

SBS’s “I Have a Lover” scored 6.6 percent and KBS2TV’s “Entertainment Weekly” scored 5.2 percent.

At the press conference held prior to airing of the first episode, Song Il Gook commented, “I’m so hungry for acting right now. That hunger makes me want to try different things.” Will Song Il Gook be able to fulfill his hunger for acting through this drama? Will his acting be able to satisfy the viewers with high expectations from him? The answer remains to be seen.

Jang Young Shil
Song Il Gook
How does this article make you feel?