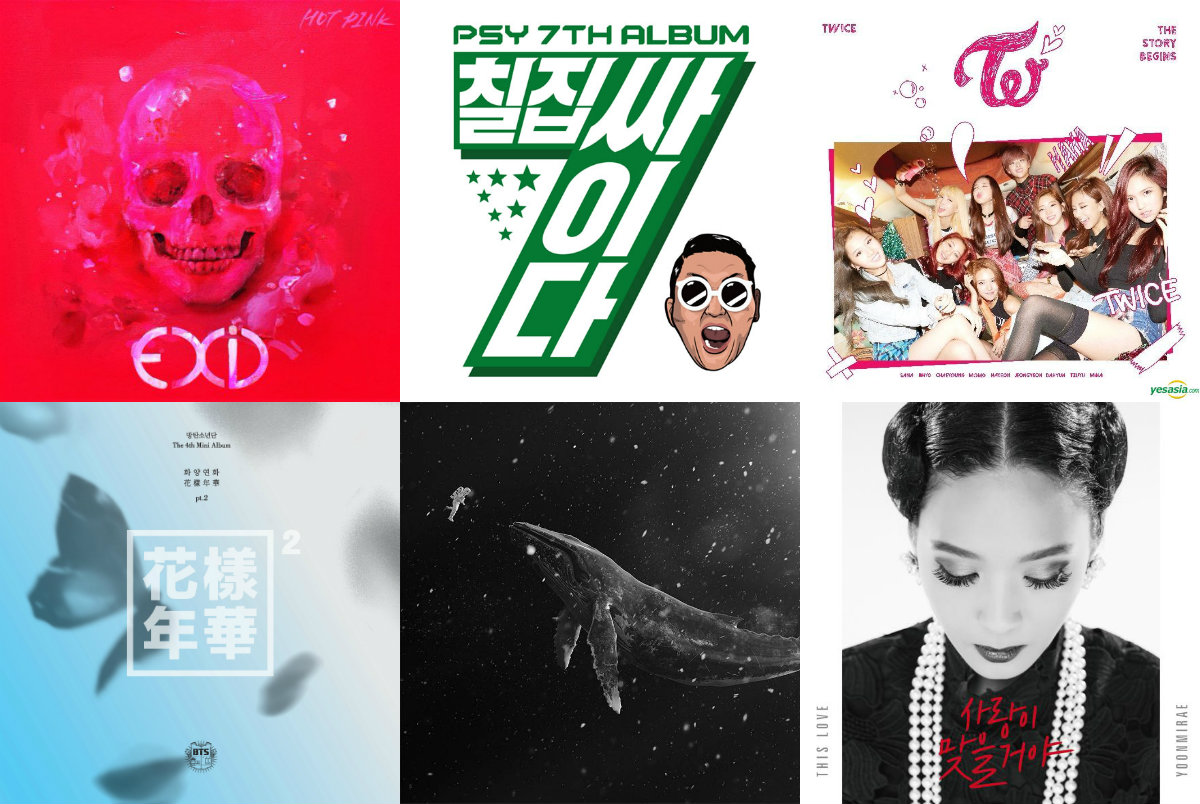 Happy New Year! This is the first music chart of 2016. There are some changes on the chart scoring. MBC’s Music Core is no longer having a music chart, so we adjust the total TV Network ranking from 45% to 40%, while GAON chart increases from 20% to 25%. At some point this year, we are going to implement a fan vote on the songs from our weekly chart. When that potion is implemented, we shall adjust the composition of the other sources accordingly.

Two male artists dominated our chart this week: PSY and EXO each have two songs on the chart and they occupy the top four spots. It is the first time this happens on our chart.

PSY retains the top spot carrying over from the last chart of 2015. However, this time it is “Daddy” winning the No. 1 spot, moving up a spot while “Napal Baji” went down to No. 3. “Daddy” had won on Inkigayo for the last three weeks and was also the top song on M!Countdown last week.

There are four new songs in the top 10. EXO has the No. 2 and No. 4 spot. Moving up 10 spots to No. 2 is “Sing For You.” This is one of the title tracks from EXO’s 2015 Winter Special Album. It is a sweet winter ballad about expressing your feeling towards the loved ones for the holiday season. “Sing For You” won on Music Bank last week, and EXO topped our Soompi Airplay with all the momentum they were getting from the year end award coverage. Let see if they can dethrone Psy for the top spot next week.

EXO’s other title track “Unfair” moves up 16 spots to No. 4. It is a mid-tempo pop dance song with a trendy melody. EXO has great vocal harmony on this song. Listeners can feel through the lyrics which express feelings for one’s love.

Debuting at No. 8 is Yoon Mi Rae’s latest hit “This Love.” Yoon Mi Rae usually releases hard core hip-hop tracks or listener friendly R&B ballads. This song is of the latter type. It is a vintage emotional winter ballad. Listeners can feel the emptiness of this song through Yoon Mi Rae’s distinctive husky voice. Yoon Mi Rae’s husband Tiger JK helped penning the lyrics. It is a story about how much it hurts after a breakup.

Moving up seven spots to No. 9 is Zico’s “Eureka.” It is one of the title tracks coming from his first solo mini-album “Gallery.” Prior to this mini-album’s release, Zico has pre-released two singles “Say It! Yes Or No,” and “Boys And Girls,” the latter was a top 10 hit. “Eureka” features the red hot Zion. T, who not only has his own hits but are helping many other artists. It is a powerful hip-hop track that will captivate your ears.