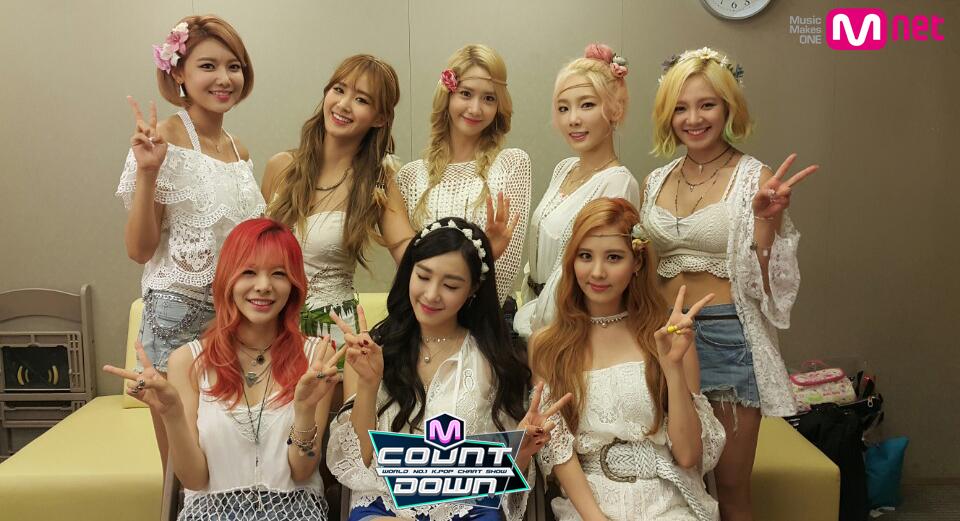 The Most Aegyo of Them All: Female K-Pop Idols

Last week we released our list of 10 of the most aegyo male idols, with BTS‘s J-Hope topping the list at no. 1. This time, it’s the girls’ turn: who do you think is the most aegyo female idol?

Creating this list turned out to be a bit more challenging; after all, aegyo tends to be much more built in to female idols’ music, choreography, and style (unless, of course, they go for sexy over cute), so I had to dive deep into the rabbit holes of interviews and show clips to determine these rankings. But as with the male list, keep in mind that these rankings are by no means definitive. Remember: aegyo is in the eye of the beholder! Here are 10 of the most aegyo female idols:

Starting the list off strong is TWICE‘s Dahyun. This rapper has awesomely colorful hair, an adorable bright smile, and an impressive amount of aegyo.

Watch Dahyun lead an aegyo attack (along with fellow members Nayeon and Tzuyu) on Heechul below:

Maknae and lead vocalist Krystal has established herself as a respected singer and actress — but her aegyo skills are also nothing to sneeze at!

Here’s a compilation of Krystal’s aegyo prowess, including her trademark “bbuing bbuing”:

Red Velvet welcomed their fifth and youngest member Yeri last year (yes, because 2015 is now last year, eep). This little cutie has been called the “energy maker” of the group — and with her adorable aegyo, it’s no wonder why.

Watch Yeri aegyo-battle her fellow members Joy and Irene on “Weekly Idol” below:

I am admittedly partial to A Pink‘s Eunji, and she has some pretty impressive aegyo (perhaps due to a combination of her cuteness and acting skills?). But after much research (thanks YouTube) and deliberation, I had to hand it to Bomi. Girl’s got aegyo, for sure.

Check out this compilation of Bomi’s aegyo (including multiple shots of her wearing a fluffy panda hat):

MAMAMOO’s Wheein has a trademark aegyo that always cracks up her fellow members. She can raise her voice to a hilarious aegyo pitch.

You can see Wheein’s aegyo in action below:

She may be the leader of EXID, but Solji has so much aegyo that she can crank up the cuteness in a split second, without even needing a countdown to set up (as noted in the video below).

Watch Solji use aegyo to imitate Manse from “The Return of Superman” here:

Though it’s a close call between Yura and Sojin, the members of Girl’s Day agree that Yura has the most aegyo.

In the video below, the girls battle it out to rank their aegyo skills, with lots of laughs along the way!

Kei has got to be one of the cutest little things I’ve ever seen. She’s got the kind of adorable face that is aegyo without even trying.

But Kei definitely has the aegyo chops to match her sweet face — see for yourself below:

I was so impressed by Bora’s aegyo on last year’s New Year’s Special edition of Star Golden Bell that I was slightly distressed by the apparent lack of recent aegyo videos on the interwebs. Even so, her aegyo is so effortless and adorable that I couldn’t bring myself to remove her from the list.

Watch Bora use aegyo to charm a whole crowd of oppas (I see you in there, SHINee‘s Jonghyun) into giving her a practice shot during a game show:

YoonA has become one of the gold standards of aegyo thanks to her rendition of the “confession song” on “Weekly Idol.” The MCs have replayed her aegyo shot to kick off aegyo battles for groups like CNBLUE, GOT7, and Red Velvet.

I have to give a shoutout to Sunny for her aegyo prowess, which is also quite admirable. But until someone can top her version of the confession song, YoonA seems to be the reigning queen of aegyo.

Check out YoonA’s legendary aegyo performance (and a loop of the many times it’s been used on “Weekly Idol”) below:

Soompiers, who do you think is the most aegyo female idol? Vote in the poll below!