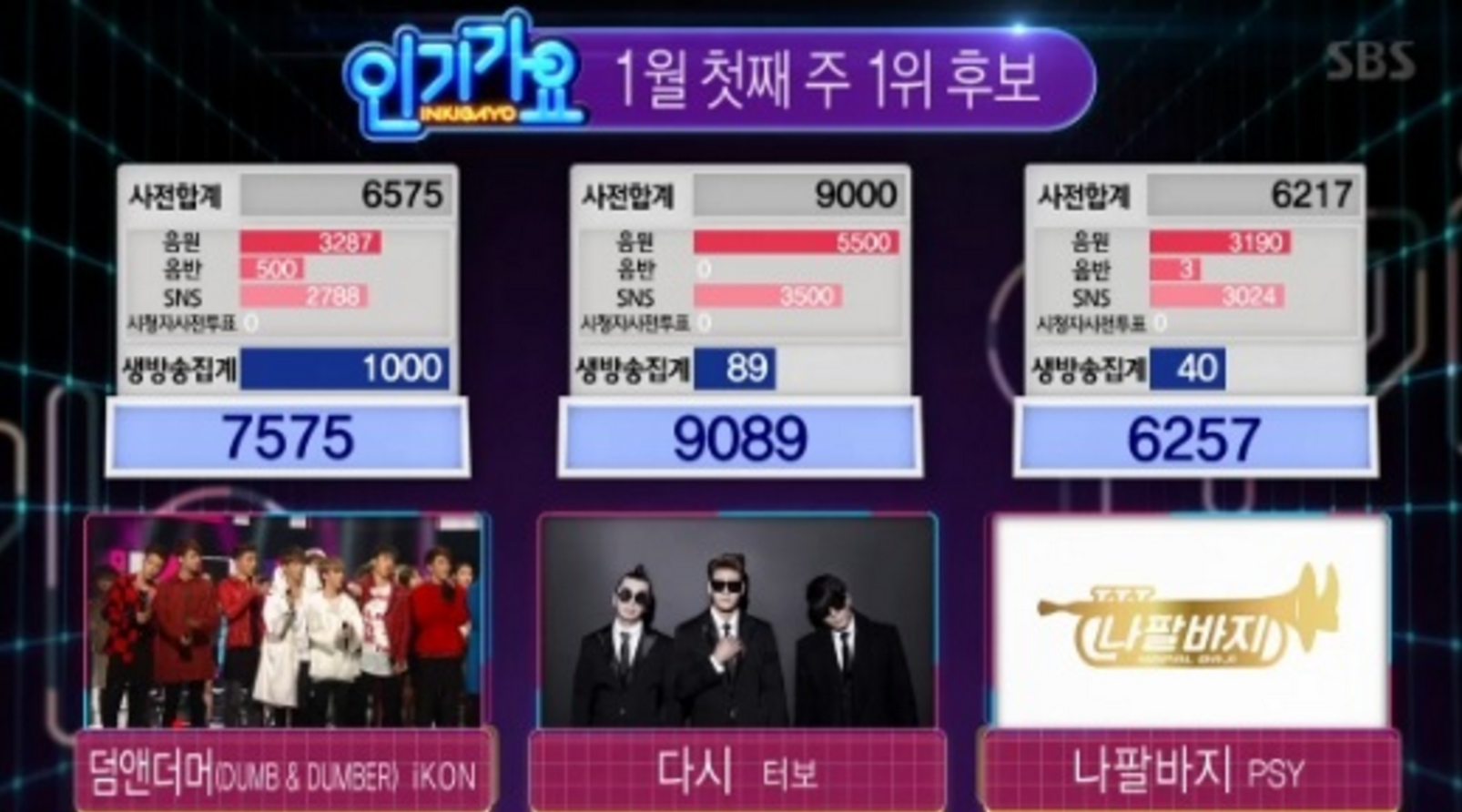 Turbo Takes No. 1 on “Inkigayo”; Performances By BTS, iKON, TWICE, and More

Congratulations to Turbo, who took first place on the January 3 episode of SBS’s “Inkigayo” with their comeback track “Again.” The group edged iKON and PSY, who placed second and third respectively with “Dumb & Dumber” and “Napal Baji.”

Meanwhile, other performers on this week’s “Inkigayo” include BTS, iKON, Lovelyz, TWICE, UP10TION, and more.

Turbo
Inkigayo
How does this article make you feel?