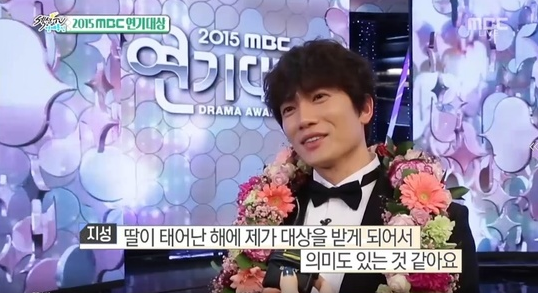 Actor Ji Sung has discussed the meaningful timing of his first Daesang.

On the January 3 broadcast of MBC’s “Section TV,” the actor stops for a quick interview after receiving his first-ever Daesang (Grand Prize) at the 2015 MBC Drama Awards held on December 30, 2015.

Ji Sung describes his eventful year, “I’m glad to have received my Daesang the same year as my daughter was born. That makes it very meaningful. I’m incredibly happy.”

He then sends an adorable video message to his seven-month-old daughter Ji Yoo, saying, “You seem to be recognizing Daddy quite well these days. Daddy received a Daesang.” 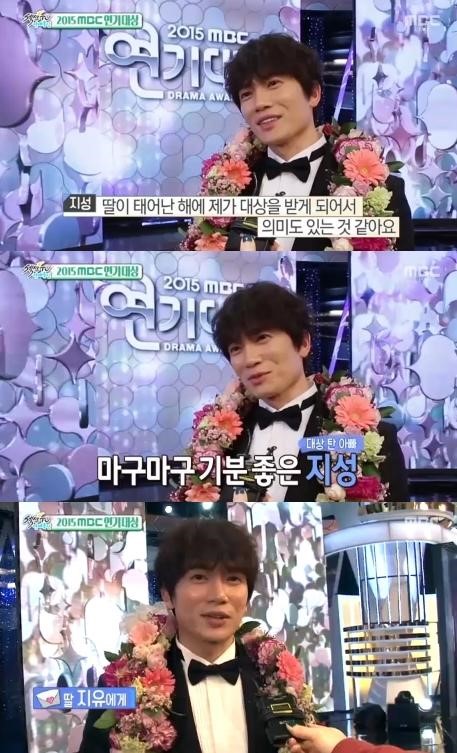 Ji Sung
How does this article make you feel?