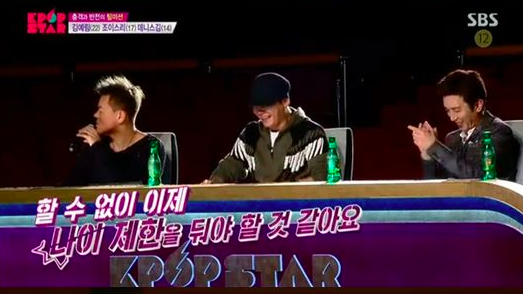 Usually in competition shows, the barbs fly between the contestants and not the judges. But in a recent episode of “K-Pop Star 5,” Park Jin Young had some words for his fellow judge, Yang Hyun Suk. 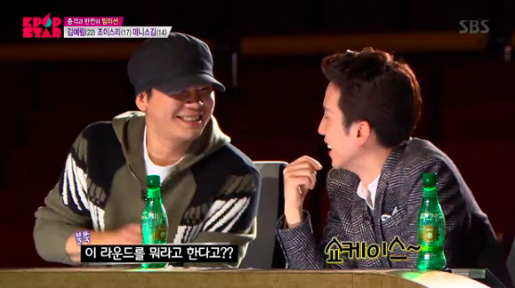 “I think we’re going to need an age restriction (for the judges) if you can’t do it,” he said, causing Yang Hyun Suk to bust out in laughter. “I tried to restrain myself the first three times you asked, but this is the fourth time. Truth is, it’s really hard to do the broadcast while supporting this old man.” 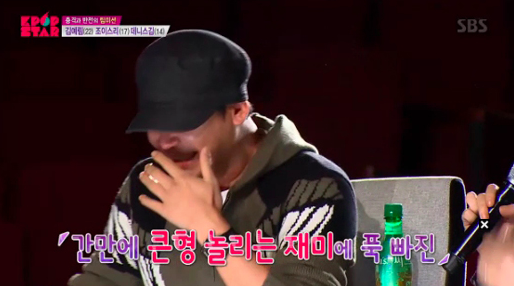 Thankfully, Park Jin Young’s words were more teasing than anything else, and Yang Hyun Suk took them in stride.