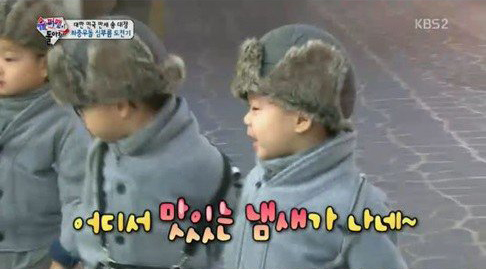 Daehan, Minguk, and Manse Attempt Shopping Alone on “The Return of Superman”

On the January 3 broadcast of KBS 2TV’s “The Return of Superman,” the Song triplets were seen running errands in the street market by themselves. 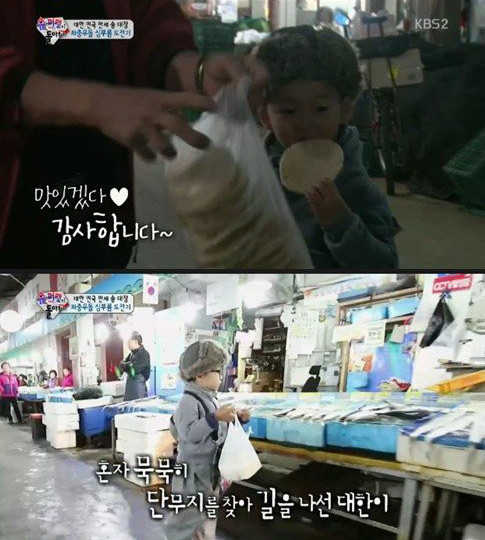 The triplets challenged themselves to pick up things without their dad Song Il Gook’s help, running around with a list of things to buy. Minguk and Manse‘s resolve crumbled when they were offered snacks by the vendors, and they stopped shopping in order to partake in the snacks.

But Daehan showed a different side to him compared to his younger brothers. While his brothers were busy munching on snacks, Daehan set out by himself to buy pickled daikon. He showed a firm example of how to be responsible as the eldest brother. Soon, the other two brothers did their best to complete the errands following in their eldest brother’s footsteps. 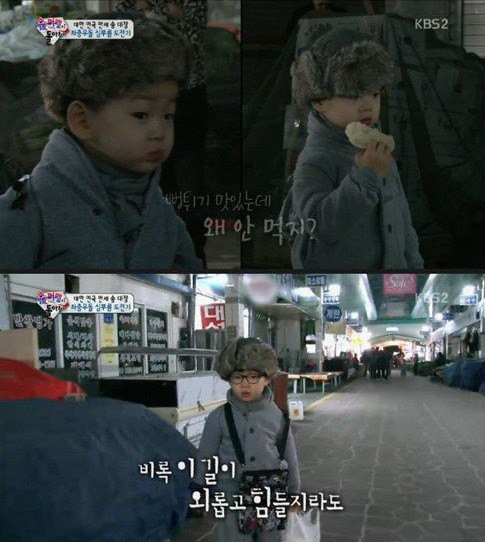 What a good brother!

Catch the latest episode of “The Return of Superman” here.

Minguk
Manse
Daehan
The Return of Superman
How does this article make you feel?