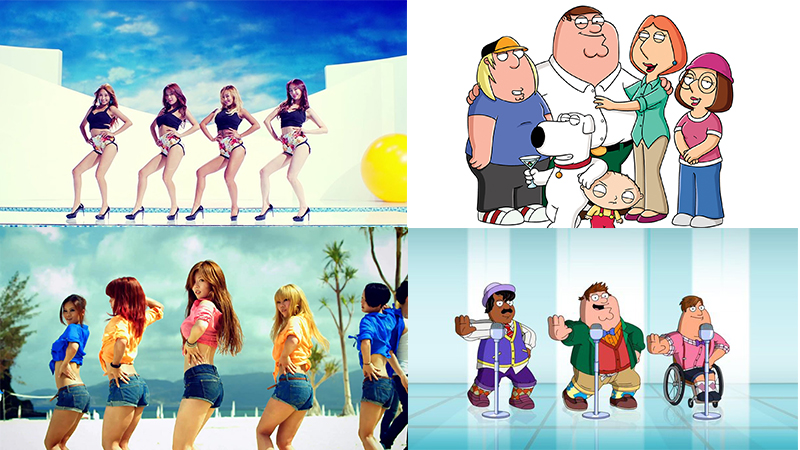 A clip of SISTAR‘s music video for “Touch My Body” and a parody of HyunA‘s “Bubble Pop” were seen on national TV in the US through the hit animated series, “Family Guy.”

In the episode that aired today, January 3, Peter and his friends travel to South Korea after finding out that Quagmire starred in a Korean soap opera called Winter Summer (an obvious title parody to “Winter Sonata.”)

SISTAR is featured first when a TV is turned on to “Touch My Body.”

After seeing the clip, Peter says, “What is this, and how can I make the rest of my life about it?”

Later, a musical parody of HyunA’s “Bubble Pop” is seen as Peter and his friends are trying to convince Quagmire to come back home. (For those not familiar with the show, it is a comedy program that can be very offensive at times. )

This background set looks like this one from KARA‘s “Step” with U-KISS‘ outfits. 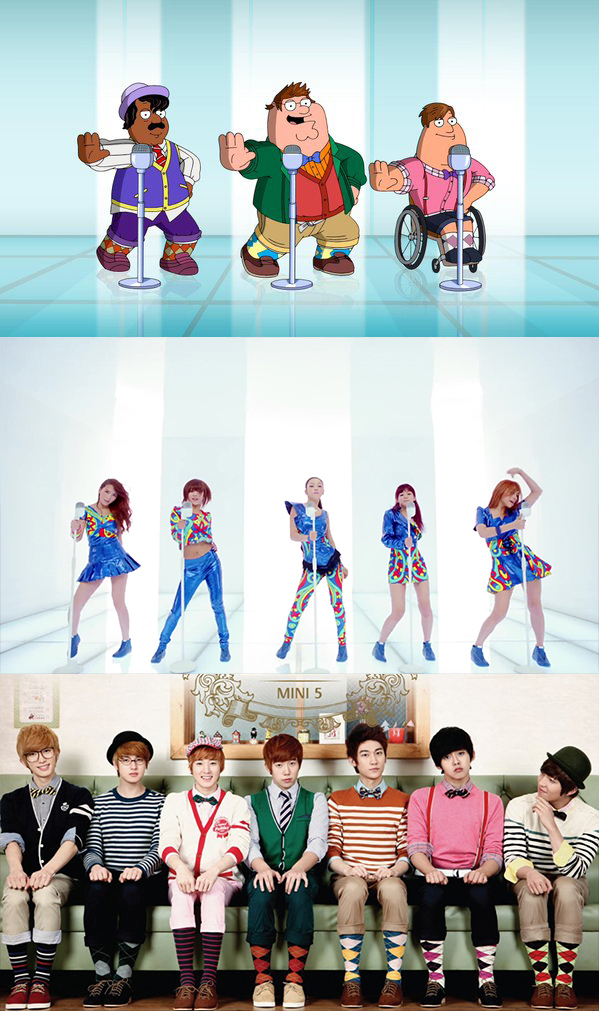 A little later in the parody, the background from f(x)‘s “Hot Summer” is seen. It seems like they did a lot of research on this. 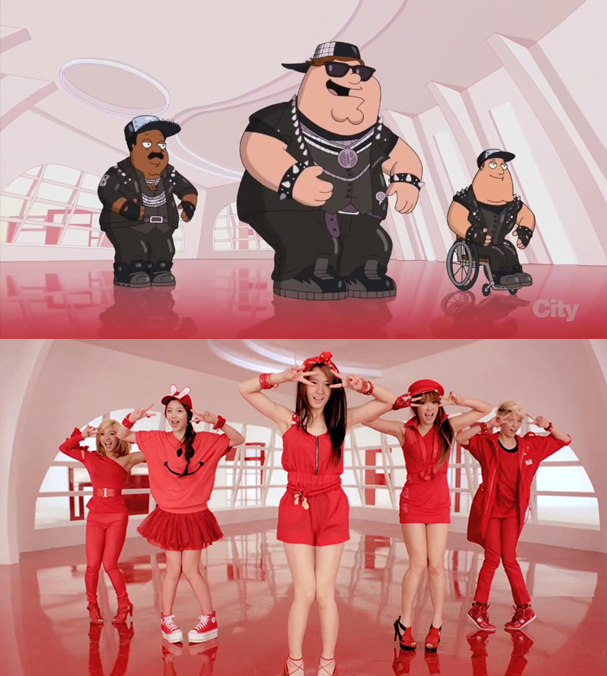 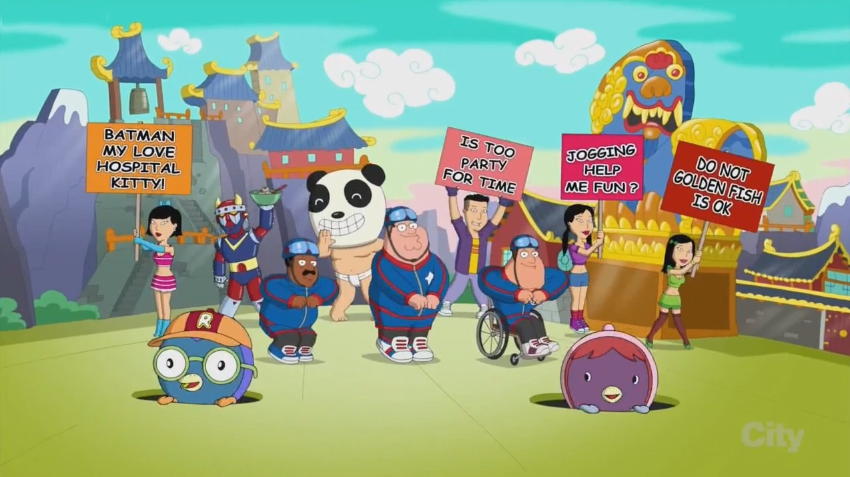 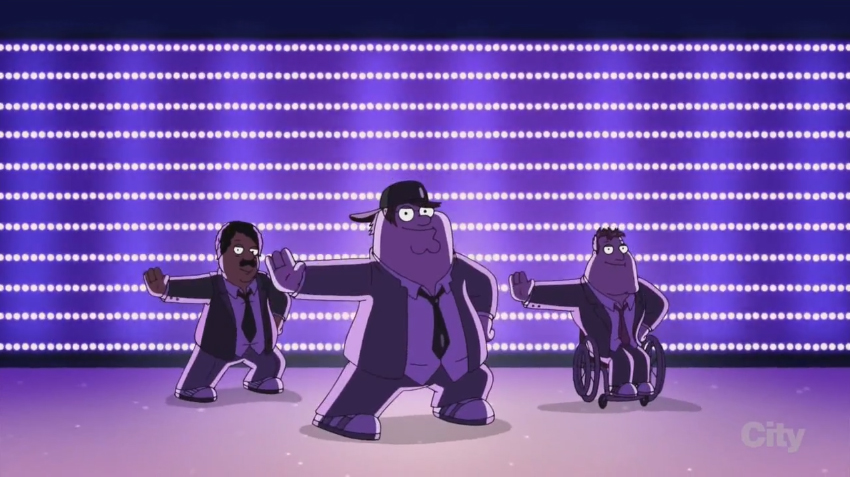 Being a nationally televised program, this definitely gives K-pop more exposure to people in the US.

What did you think about the clips?

HyunA
SISTAR
How does this article make you feel?