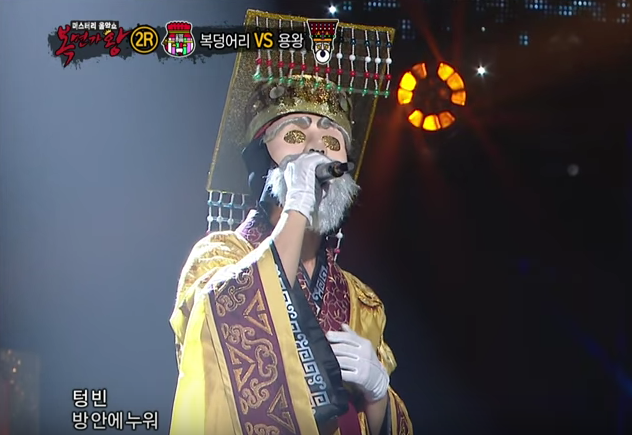 On the January 3 episode of “King of Mask Singer,” two contestants went head to head in Round 2 with two very different performances.

The contestant known as “Tell Them I’m the Dragon King” sings a soulful rendition of Kim Gun Mo‘s song “Seoul Moon.” Unfortunately, he falls against the contestant “Rolled Good Fortune,” whose performance of Baek Ji Young‘s “I Don’t Love You” edges him out. His identity shocks the judges when it is revealed that he is none other than rookie group MONSTA X‘s Kihyun! 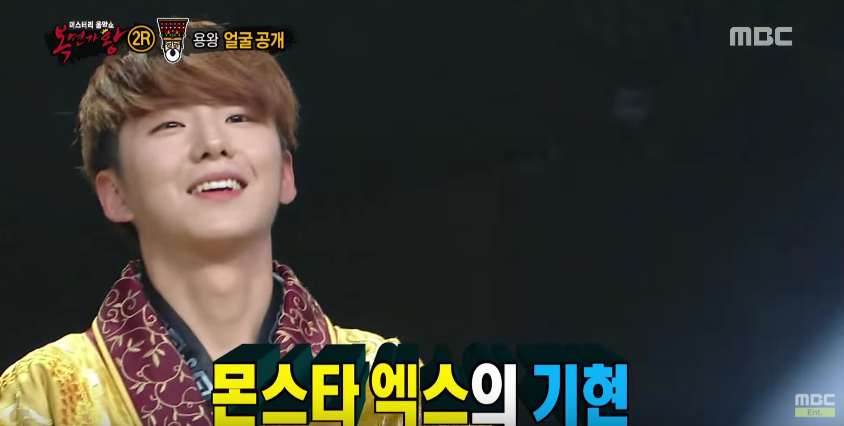 After his face is revealed, Eric Nam jumps up and screams, “I guessed right! Kihyun!” Kihyun has previously demonstrated his vocal chops, as he sang the song “One More Step” for the wildly-popular drama “She Was Pretty.” During his interview, the host says that he heard Kihyun has something he wants to say to judge Kim Gu Ra. Kihyun says that when B.A.P‘s Daehyun came on the show, Kim Gu Ra incorrectly called his group just by “Monster.” “I wanted to tell you that our group’s name isn’t ‘Monster,” but ‘MONSTA X.'” Watch the full interview below! Source (1)

MONSTA X
Kihyun
The King of Mask Singer
How does this article make you feel?