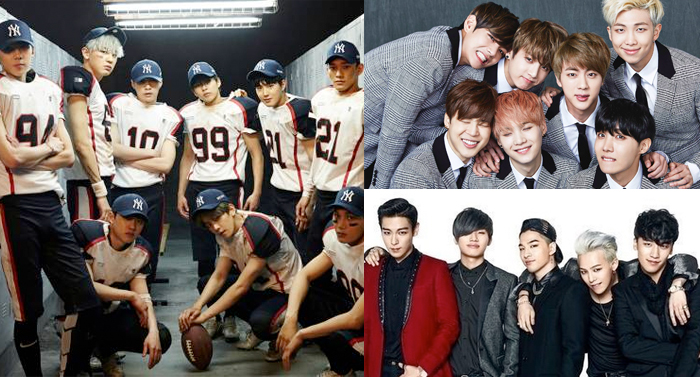 During the month of December, several K-Pop groups have made big increases in their number of subscribers on Naver’s V app, with EXO in particular getting a huge number of new fans on V!

According to Top Star News, from December 8 to January 4, the EXO channel gained 404,568 new subscribers and has now reached 1,284,817 in total, putting them in third place on the list of channels with the most subscribers.

219,150 new fans followed BTS on V app in the same month, and the group comes in at second place on the list once again with 1,633,270 total subscribers. BIGBANG has maintained their first place spot on the list with 1,910,961 total subscribers and an increase of 184,132 this past month.

A Pink has taken sixth place on the list, INFINITE comes in at seventh place, and WINNER, BTOB, and BEAST take the last three spots in the top 10.

Who’s your favorite star to watch on V app?