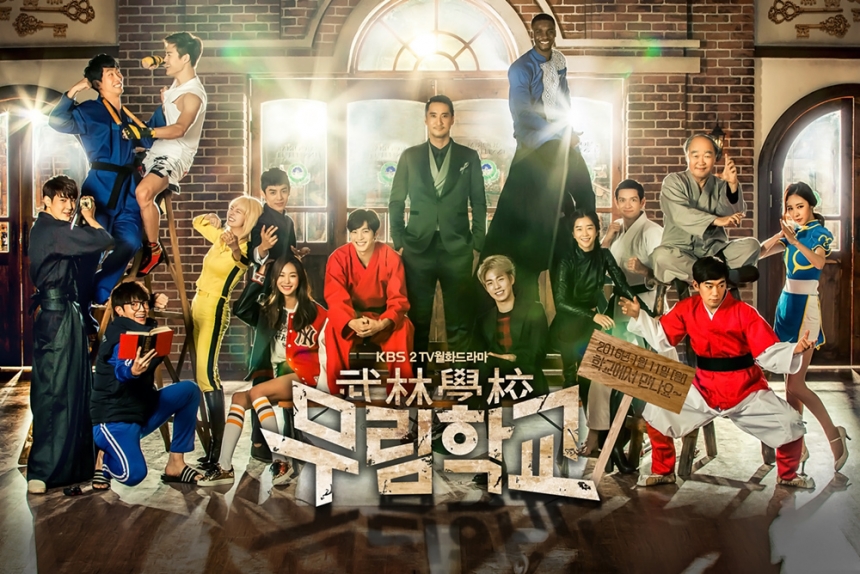 With the release of KBS 2TV‘s upcoming drama “Moorim School” less than a week away, the production staff are continuing to build hype by releasing two new posters.

One poster features the full cast, a global mixture of students and teachers in various poses, props, and clothing designed to show off each character’s unique personality. The university’s president (Shin Hyun Joon) and the four main leads (Lee Hyun Woo, VIXX‘s Hongbin, Seo Ye Ji, and Jung Yoo Jin) are at the centre of the poster. 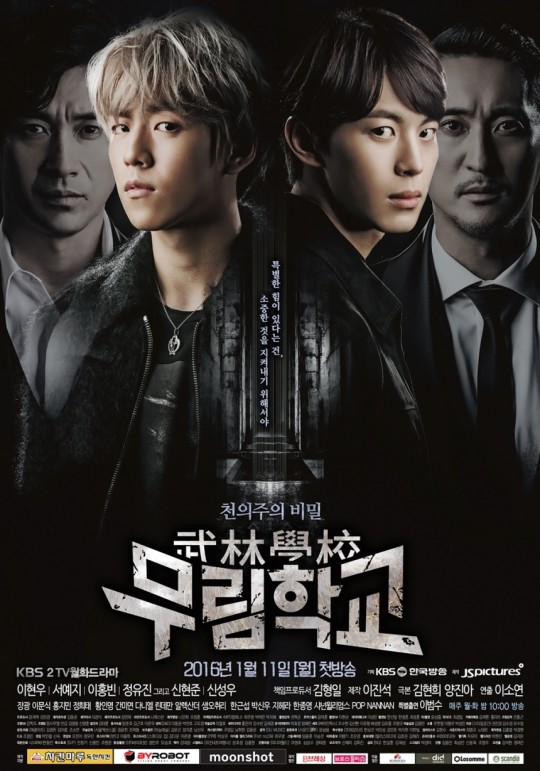 The second poster opts for a dramatic twist, showcasing the two male leads, Lee Hyun Woo and Hongbin, contrasted against each other with Shin Sung Woo and Shin Hyun Joon standing behind them respectively. The poster’s tagline reads, “If you have a special power, it’s to protect what’s important to you.” The relationship between these men and the “important thing” for each character is left shrouded in mystery.

“The first half of the drama is about the two main characters’ first enrollment in the school and their growth and development,” they revealed further. “The second half is more action-driven, with the students defending the school against evil forces.”

The first broadcast of “Moorim School” is scheduled for January 11.