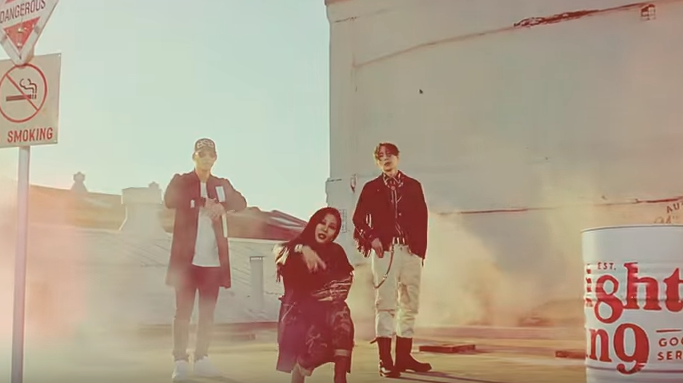 Judging from the teaser, the trio appears to have gone for an emotional yet edgy sound and paired that up with trendy visuals. The fiery flames featured in the video teaser hint at appropriate special effects to match the dramatic title of their track, “No Love.”

Over the past year, Jessi, J’Kyun, and J’Yo have been more focused on their individual solo work. Jessi has been particularly active in both singing and variety after gaining popularity through her appearance on Mnet’s “Unpretty Rapstar,” while J’Kyun has dropped both solo and collaboration singles.

Lucky J debuted in 2014 with the single “Can You Hear Me,” which apart from an OST track has remained as their only official single until now.

Check out the video teaser below!

Lucky J
How does this article make you feel?