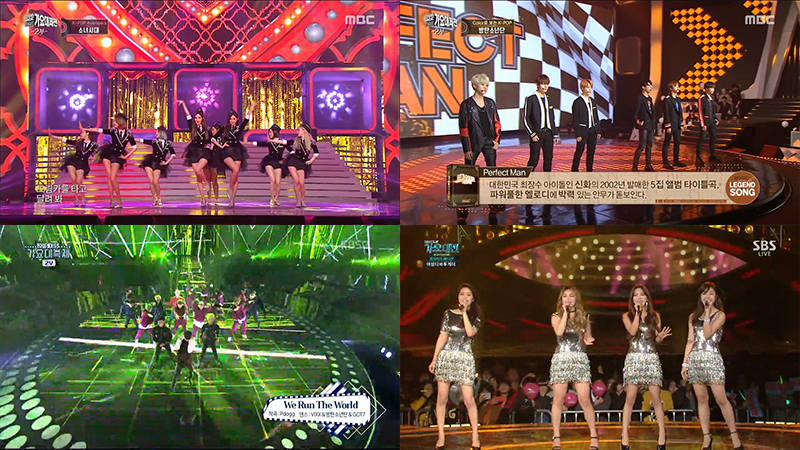 Must Watch Performances From the Year-End Music Festivals

Many of K-pop’s biggest acts came together to close out 2015 with a bang through the year end music festivals. Starting with the SBS Gayo Daejun on December 27, the KBS Gayo Daechukje was three days later on December 30, and finally the MBC’s Gayo Daejejun on December 31 to ring in the new year.

In case you missed it, here are a few of the awesome special special stages.

Another surprise collaboration! I also loved how he stopped the performance for a moment to put on his jacket.

Lovelyz – “Marry You” (MBC)
Following Lovelyz’s viral success of their “Beat It” a capella cover, they wanted to give fans another beautiful track to listen to.

They finally brought out the light up jackets from the music video!

Throwback songs. Although it was short, they were on stage together at the end.

They brought a great group of “diva” vocalists together.

EXID’s Solji + AOA‘s Choa + MAMAMOO‘s Solar (KBS)
Another awesome collaboration of vocalists. Before this stage, there was a song featuring Seulgi and Irene (Red Velvet) with Yerin and Yuju (GFRIEND), and another one with Bomi (A Pink), Hyejeong (AOA) and Wheein (MAMAMOO).

Did you have a favorite performance from the year end music festivals?