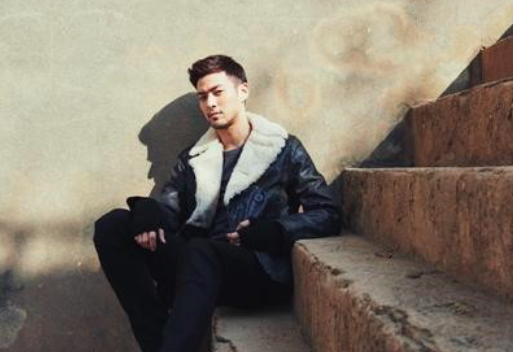 “I went to have dinner at a restaurant in Seoul with a friend,” James said about the accident in a recent interview. “I opened the door and looked around for my friend, who had arrived before me. Then the steel frame and glass wall crashed down on me. The glass fell on my head and the sharp frame crushed my left shoulder and wrist.”

The bass guitarist lost consciousness and was forced to have an eight-hour surgery to reconnect his wrist. The doctors had told him that he might always suffer from the pain of severed nerves and gave him the option of completely severing the wrist and using a prosthetic instead. He refused because he didn’t want to stop playing music. Due to heavy bleeding and the long surgery, he also had to receive blood transfusions until the edema in his artery healed.

As pain and post-traumatic stress persisted and it became clear that he could not play the bass, producer Jung Jae Yoon persuaded him to take up the keyboard instead. For Royal Pirates’ latest comeback, James played the keyboard instead of the bass guitar, which he had played for 13 years.

“It’s like a knife is pressing into my skin,” James said of his injury. “I can’t forget the nightmare of that day.”

His agency said, “After the accident, the restaurant attempted to have an amicable discussion through a lawyer. But how can you compensate for the future of a musician who knows nothing except music? We held back while we weren’t sure how his injury would affect his music career, but we will now start legal proceedings.”

Formerly very active in various sports, James is still undergoing physical therapy for his injury. Throughout the interview, he rolled a small yellow ball in his hand, an exercise designed to help him regain feeling in the damaged nerves. “It’s my hope,” he said.

Support the artist by buying Royal Pirates - EP Album Vol. 3 - 3.3 from YesAsia
Royal Pirates
miscellaneous
How does this article make you feel?