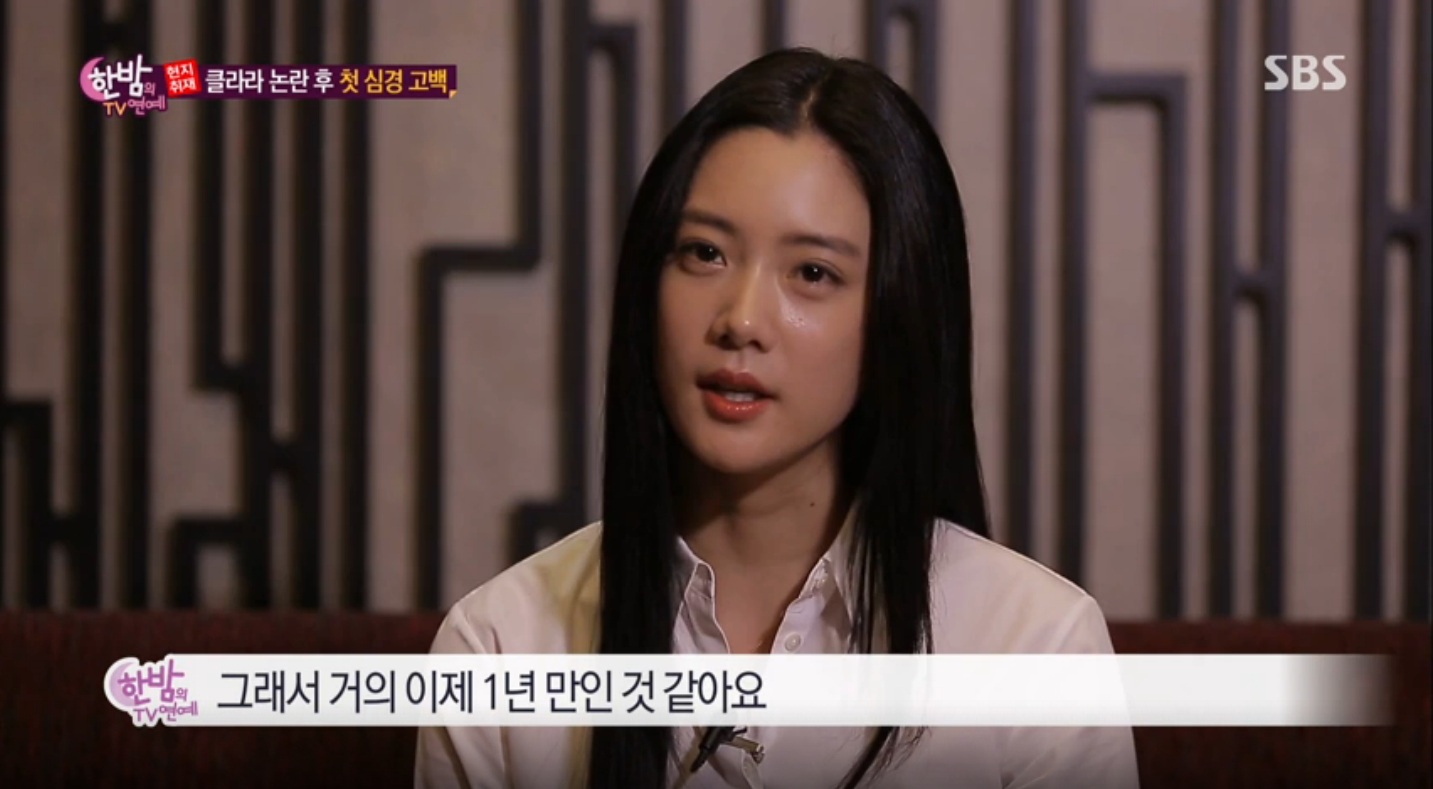 Actress and entertainer Clara has returned in her first domestic interview after her legal battle with her former agency, Polaris Entertainment.

On January 6, Clara appeared on SBS’s “One Night of TV Entertainment” and expressed her nervousness and awkwardness at meeting her fans again after so long. It has been a year since she has taken part in any domestic activities in South Korea.

She also expressed regret that the work she had built up for nine years disappeared so fast and shared that she often wondered where it had all started to go wrong.

In 2015, Clara requested a cancellation of her contract with Polaris Entertainment, citing sexual harassment from CEO Lee Kyu Tae as the reason. Polaris claimed in return that Clara was falsifying claims to get out of her exclusive contract.

In September, Polaris and Clara settled their legal dispute. “It wasn’t done suddenly,” Clara said about the settlement. “The representatives met often. As the issue got bigger, we decided that it would be better for both of us to settle it quickly.”

About her visit to Lee Kyu Tae, who is currently held in a detention center in Seoul, she said, “Since we have settled everything, I thought it was right to go see him. The two of us decided that we had dragged it on for too long and it became a battle about pride and emotions. Now it feels like a weight has been lifted off my mind.”

Clara
Polaris Entertainment
How does this article make you feel?