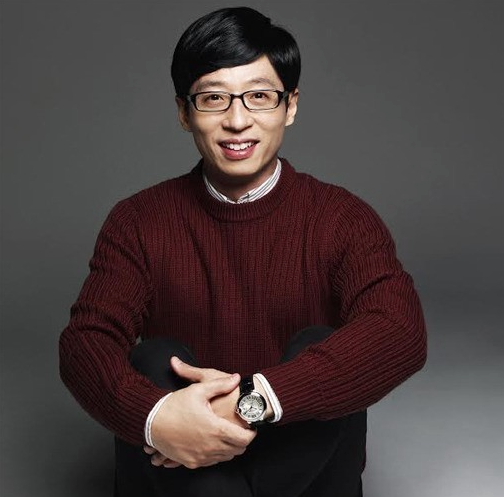 Yoo Jae Suk recently proved his thoughtfulness by giving warm gifts for the cold winter to the production staff of all his currently airing variety programs.

On January 7, broadcast representatives said, “For the production staff who work even during cold nights, Yoo Jae Suk gave everyone warm winter jackets out of his own pocket. He was careful because he preferred that no one on the outside knew about it.”

Yoo Jae Suk is currently starring in MBC’s “Infinite Challenge,” KBS’s “Happy Together,” JTBC’s “Sugar Man,” and SBS’s “Running Man” and “Same Bed, Different Dreams.” Despite the large number of production staff members working on each program, he made sure that everyone got a gift.

Known as the “nation’s MC,” Yoo Jae Suk is well-known for his kind and charitable acts. At the end of 2014, he purchased 400 copies of the “Infinite Challenge” calendar out of his own pocket and gave them to his agency staff members. (The proceeds from the calendar sales all go towards charity.) Last summer, he also gave 20 million won (approximately $16,700) to build a memorial to the comfort women who suffered under Japanese occupation and the same amount towards the support of those women who are still living.