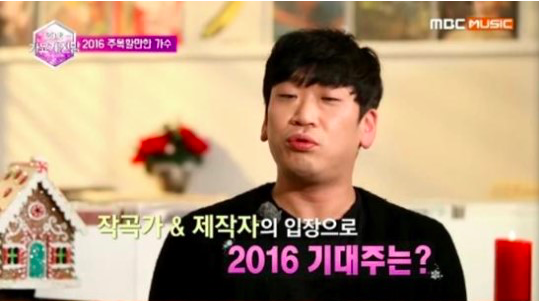 A special panel of “judges” has recently revealed their personal predictions for the 2016 idol music scene.

On December 6, MBC Music’s “End-of-Year Special Part 2” examined various idol groups’ fortunes for the new year. The panel consisted of a reporter, a producer, a lyricist, and the two MCs.

Reporter Lee Hye Rin chose SEVENTEEN. “If they get a good opportunity, I think they will do well,” she said. Comedienne Kim Shin Young added, “Their teamwork is good. Instead of worrying about age, they get along like friends and respect each other’s opinions.” 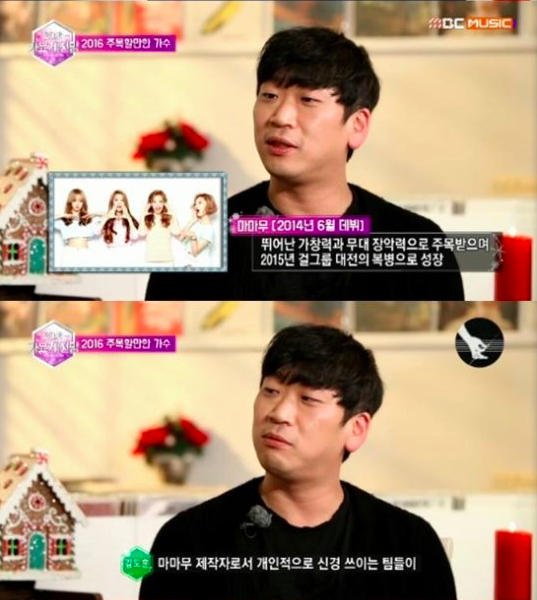 Producer Kim Do Hoon chose MAMAMOO, the group he produces himself. “Personally, I feel the pressure from TWICE and GFRIEND,” he shared. 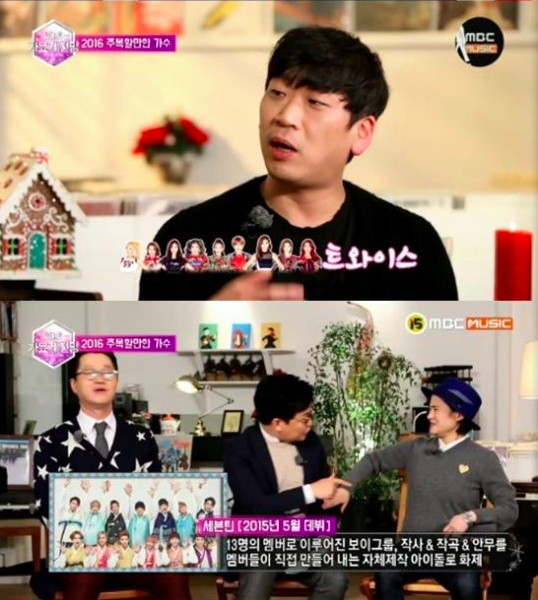 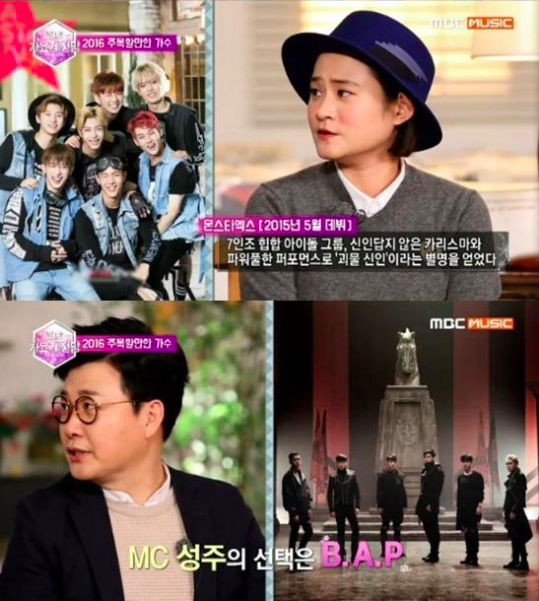 Kim Shin Young had high praise for Starship Entertainment’s hip-hop rookie group MONSTA X. “They’re SEVENTEEN’s rivals,” she said. “It’s a competition to see who will be the next BLOCK B. There’s a member named Jooheon whose energy is crazy. It’s similar to MAMAMOO’s Hwasa. He looks a little like a bad boy but he has a soft heart. His style feels like indie hip-hop.”

Do you agree with their choices? Who do you predict will blow up in 2016?