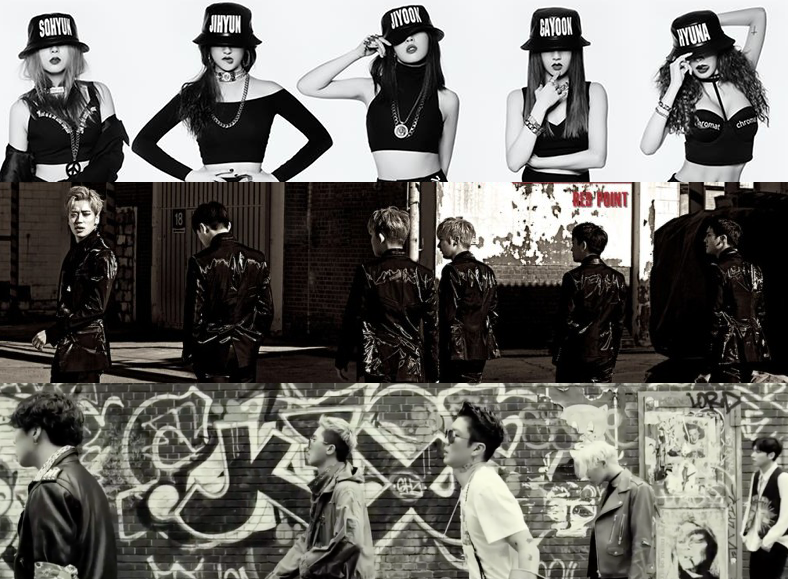 Which January 2016 Comeback Are You Most Looking Forward To?

January is gearing up to be an exciting month for the K-pop scene, as many favorites are set to make their long-awaited comebacks this month!

First up is Teen Top, who will be coming back with a new album titled “Red Point” on January 18. This comeback will be the group’s first since their promotions for “Ah Ah” in June of last year.

Rookie group WINNER will also be making a huge comeback, their first in almost a year and a half. Their comeback, titled “EXIT MOVEMENT,” is touted by YG Entertainment as a winter project. The teaser film released on January 4 showed the boys taking part in the darker parts of society.

The girls of 4Minute are prepping for their anticipated comeback, making a return with their strong, tough-girl image. It was recently reported that 4Minute has wrapped up the photo shoot for the new album, and that the concept and timeline for the comeback has also been decided, as well.

Rounding off the list of comebacks in January is hip-hop trio Lucky J, who will be making a comeback with their upcoming title track, “No Love.” BESTie was originally set to join the slew of January comebacks; however, an unfortunate injury has delayed the group’s return.

Which January comeback are you most looking forward to?