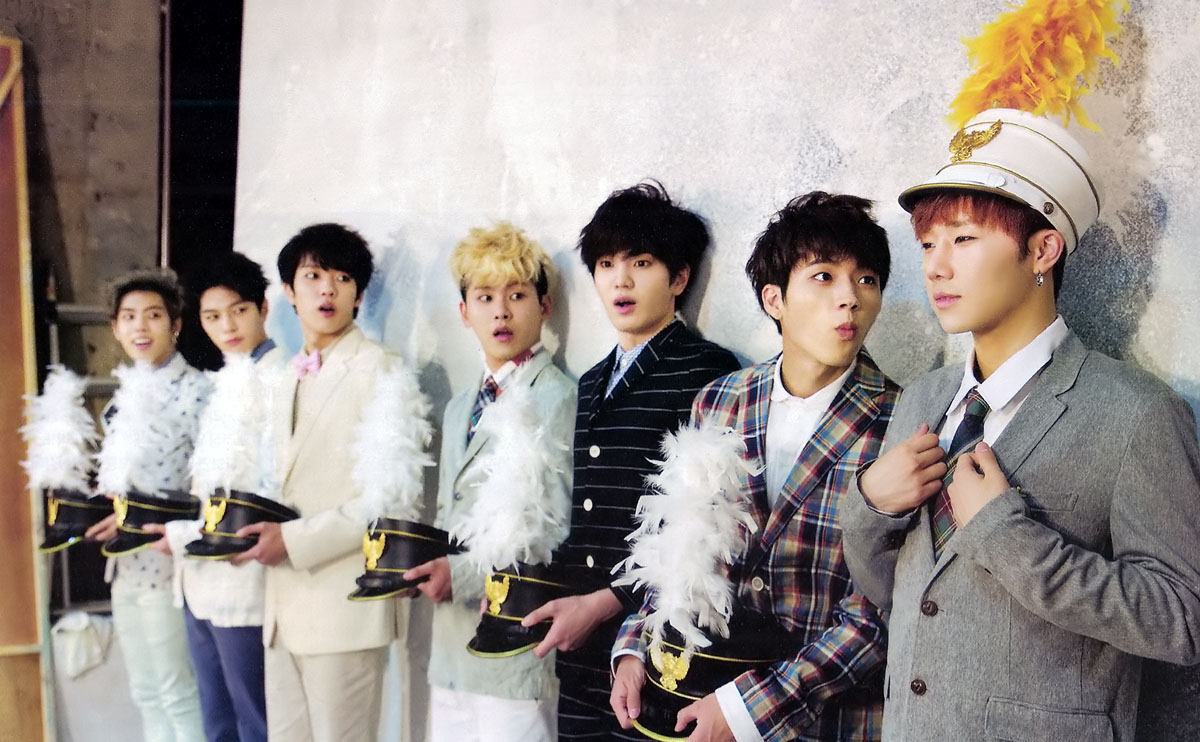 K-Pop 101: How to Navigate Fanclubs vs. Fancafes

I’ve been seeing a lot of requests for a K-Pop 101 on how to join fanclubs and fancafes, so we’ll be covering both! We’ll start with the basics of what’s the difference between the two, and then move into some general “how to” join or get started for your favorite group.

The basic difference for fans between the two is that one is free (the fancafe), and the other you have to pay to join (the fanclub).

When joining a fancafe, you will have a basic level of membership where you will be able to browse news releases, and the application board for weekly music shows. In order to get access to other boards where you can chat with fans, leave messages to your idols, or read idol messages; you’ll need to level up. The level up process is different for every group, but most groups require fans to answer a set of questions and apply to level up.

Some groups/specific idols also have unofficial fancafes which they sometimes post in, and sometimes don’t. In general it’s easier just to stick to joining the official cafe.

On the other hand, fanclubs are not free to join; members pay an annual membership fee, but joining offer many more benefits. This is usually the official number the company uses when judging the fanbase size of a group. Let’s break down the benefits of both fanclubs and fancafes down below.

For almost every idol group, fanclub membership GUARANTEES you the following things:

Fanclub membership SOMETIMES gives you the benefit of:

You NEVER get the benefit of: 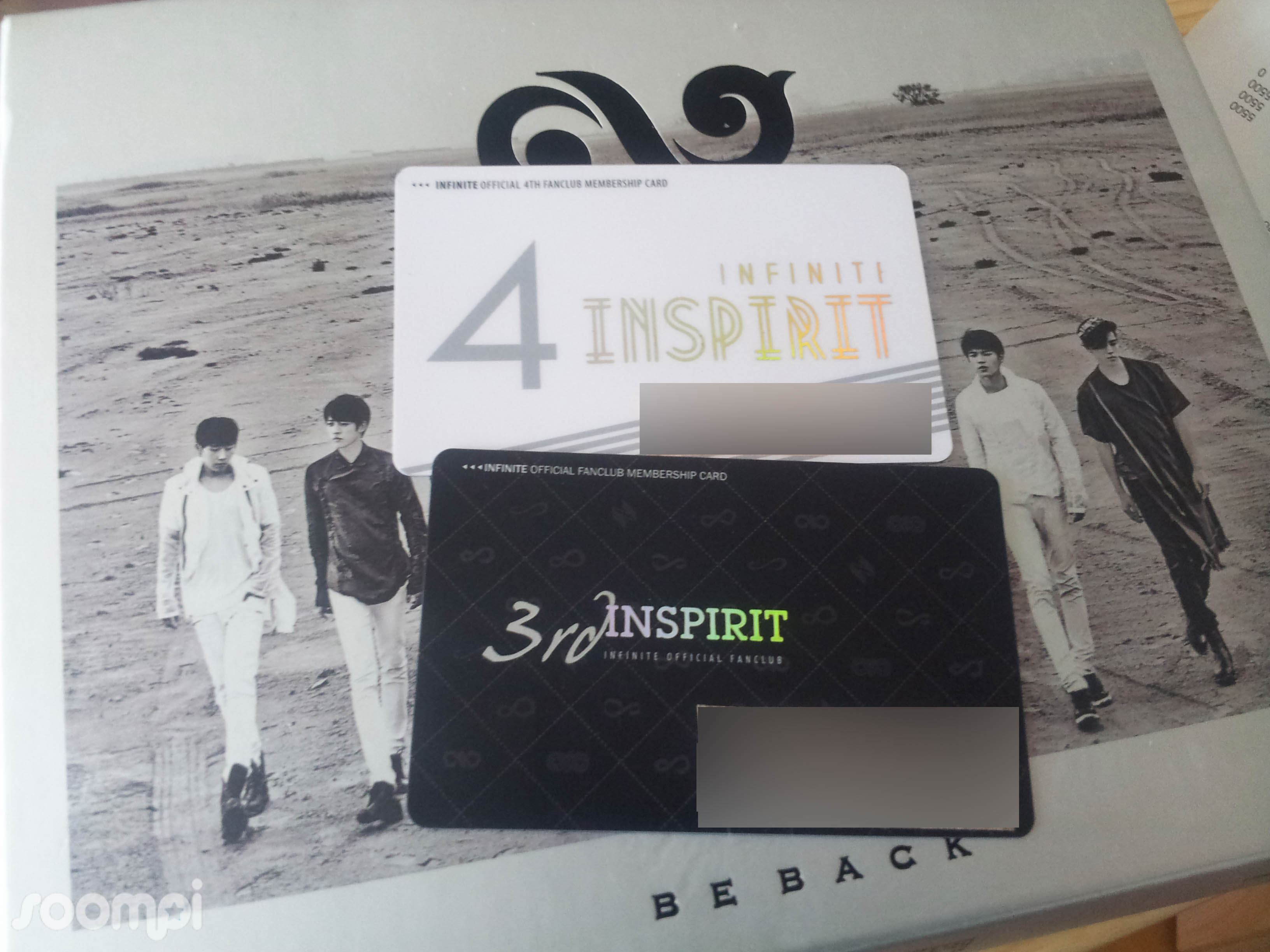 In addition, for most groups there are specific periods when fanclub membership is open. That means that you must wait for the fanclub to start accepting new membership before you can apply. For most groups, they begin accepting membership around the same time every year. For example, INFINITE always opens membership around June for one month — to coincide with their debut date. If you miss this date you must wait for the next year before you can apply!

There are some groups that are exempt from this rule: FNC artists have open membership year round, YG and SM do not have regular fanclub membership renewal. SM Entertainment in particular is famous for only opening fanclub membership once or twice and never opening again. Case in point — Super Junior has only opened membership for their fanclub twice, despite having been active for 10 years. In contrast, INFINITE is currently on their fifth round of INSPIRIT membership, since they open for new members/renewal every year.

A major note — JYP offers two levels of fanclub membership: gold and silver. Gold is for domestic residents, and silver for international fans. The silver level of fan membership for JYP groups does not guarantee you priority entry during weekly music shows, nor does it grant you priority ticketing. Please keep this in mind when purchasing.

Joining a fancafe without leveling up usually grants the following benefits:

Leveling Up in the cafe will always grant the following benefits:

Alright, some depressing news first, there are some fanclubs don’t let you join if you’re not a domestic citizen or foreign resident in Korea. For example, YG Entertainment does not allow international fans to register for the official fanclub for any of there artists. When registering for a club, if at any time the registration asks you for a 등록번호 (deung-rok-beon-ho) than that means it is not open to international fans.

However, for fanclubs that do allow international fans to register you can do so much like purchasing anything else off an online shopping site. Artists will usually post the link to the official page of the “item” i.e. membership on an online shopping/ticketing site. Popular sites for fanclub membership include Yes24, Interpark, and Auction. Artists will only use one site for their fanclub membership sales. Some companies such as Big Hit Enterainment and Cube Entertainment use their official store on the company website for membership purchase.

Many fanclubs that allow for international ticketing will release a notice in English alongside the Korean notice for new membership. Regardless, it’s best to keep your eye on the notice boards, as every group has a different method for joining.

For international fans, the easiest site to join through is Interpark, as they offer a separate global membership/registration page in English aimed at foreign fans. If you’re lucky your artist will run their fanclub through there!

Since the application process is different for each group, I won’t be going into detail for each. I highly recommend keeping an eye on the group’s websites, as most of the time they will post detailed instructions there.

The first thing you have to do is create a Daum account and find your favorite group’s official cafe and join. Again, there are some groups that do not allow you to join without a Korean registration number, which is only given to Korean nationals and Korean residents.

I highly recommend searching for a specific guide for your idol group. Many fansites have put out detailed guides for joining and leveling up in the fancafe. Since the application process is different for every group, it’s best to research the exact process for your group.

I would definitely join a fanclub if you think you’re going to be in Korea within the next year, or during the period of your membership. It’s very very hard to get into recordings without fanclub membership, and if you happen to be in town when a fanmeeting or concert is going on you’ll have the opportunity to get awesome seats. However, for fans that don’t think they’ll be visiting Korea anytime soon, it might not be worth it. With the membership fees plus shipping fees the cost can easily total over 40,000-50,000 won (approximately $33-$41). Although membership goods are nice, the biggest benefit in joining the fanclub is definitely priority entry and early ticketing, so without access to these it might not be worth it.

Fancafes are probably most useful if you can speak Korean. I utilize my fancafe membership to find out what extra activities INFINITE is up to (ex. performing in festivals), answer any questions I have about events, and socialize with other fans. If you can’t speak Korean, it’s still worth it to join if you’re going to be in Korea; it’s a great source of information for fansigns, recordings, and other things, which you don’t need to level up to get access to. Leveling up, however, can be a major headache because the questions always change. I would highly recommend recruiting a Korean-speaking friend in helping you level up if you cannot speak Korean!

Do you have any additional questions about fancafes or fanclubs? What would you like K-Pop 101 to cover next?