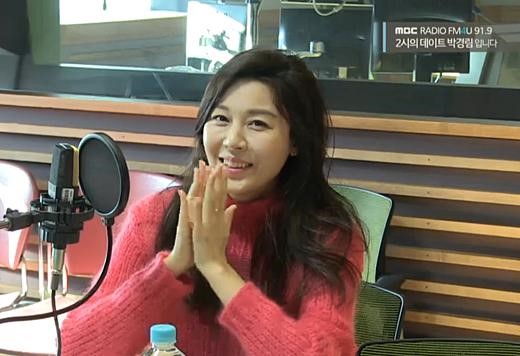 The actress participated on “Park Kyung Lim’s 2PM Date Radio” in order to promote her latest film “I Won’t Forget.”

On the show, the actress was asked “what did you think when Kang Ha Neul first debuted?” The actress answered, “Actually, we participated on the filming of ‘Your Pet.’ I thought it was so interesting because that guy’s real name is ‘Kim Ha Neul’ as well, and we even have the same birthday. I’m glad that he’s doing so well.”

Host Park Kyung Lim commented, “Yoo Ji Tae, Kim Jae Won, Kang Ji Hwan, Kim Woo Bin, Park Bo Gum, and all the other rookie male actors that you have worked with have all ended up doing well. It’s the Kim Ha Neul effect.” Kim Ha Neul responded by saying that, “It’s really great. Actually, it’s a little embarrassing when you say it’s due to my influence, but I feel really great [when hearing it].”

She also spoke specifically about actor Park Bo Gum noting that, “I’m really happy that Bo Gum is doing so well. I thought he would be successful. His personality is really good, and he’s also very good at acting.”

Do you think these actors finding success is due to the “Kim Ha Neul effect?”