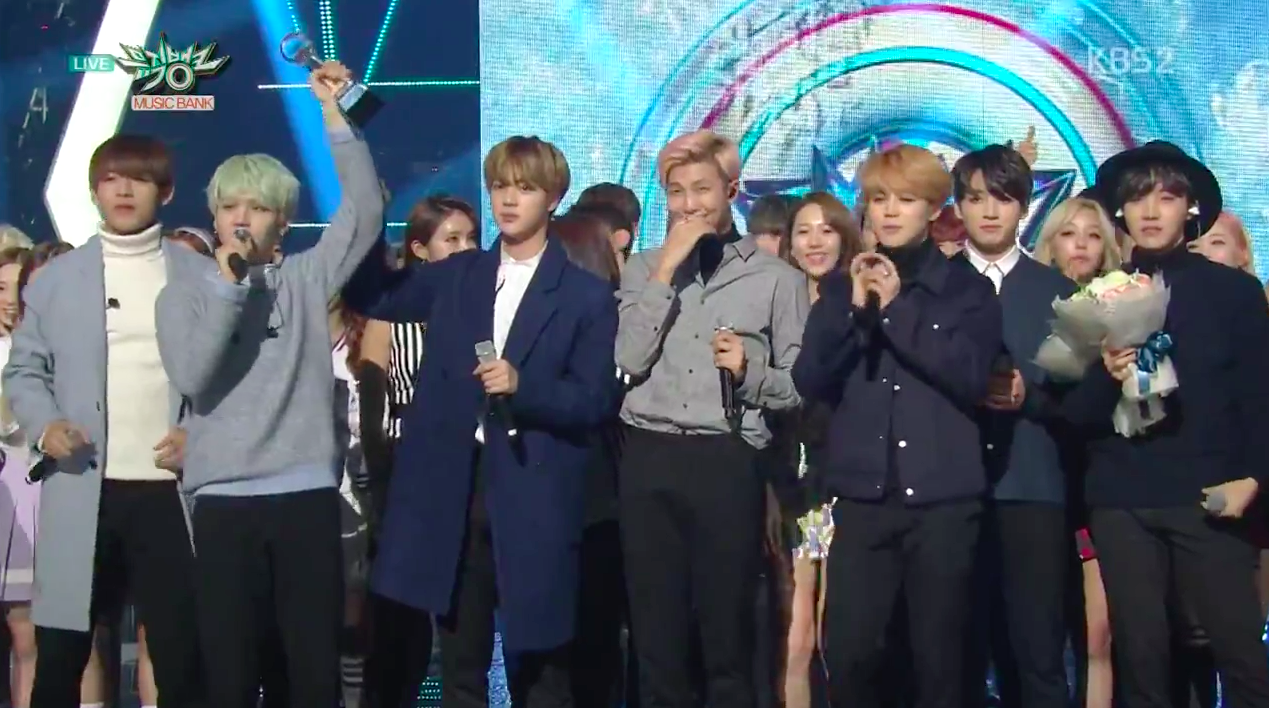 BTS has grabbed the first “Music Bank” trophy of the year!

BTS beat out PSY for first place on January 8’s episode of “Music Bank,” marking the fifth time they’ve taken the top spot on a music show for their hit track “Run.”

It was also a special award for the guys, both because they performed their goodbye stage on “Music Bank” during this episode, and also because it was the return of member Rap Monster after having to take a short break due to an injury.

Be sure to watch BTS’s epic goodbye stage, complete with a special ending for their fans, as well as their hilarious encore performance, which features Rap Monster’s celebratory “dance time”!

Winner Reveal and Encore by BTS

Big Hit has also shared a video of the guys performing their encore and then celebrating backstage.

In addition, a cute group shot was uploaded to BTS’s Twitter after their win on “Music Bank”! 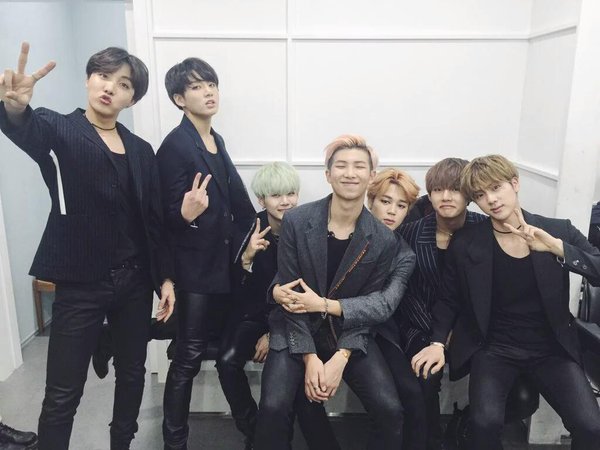 Check out some of the show’s other performances below!

Dal Shabet – “Stay With Me”