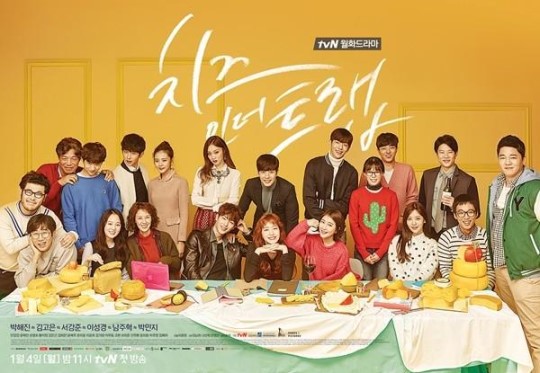 “Cheese in the Trap” Representative Responds to Rumors of Drama Extension

The new tvN drama “Cheese in the Trap” only started airing on January 4, but rumors have already spread that the drama will be extended beyond its planned sixteen episodes.

Unfortunately, a representative from the show told Ilgan Sports on January 8, “Rumors of an extension seem to have sprouted from all the passionate support the show has received since its beginnings. But in reality, it would be difficult to extend it.”

They say, “It was originally 16 episodes. We’ve been doing pre-broadcast filming, and are currently completing the latter half. As this was something that was already discussed with the cast in advance, we will be finishing filming as planned.”

So far only the first and second episodes of “Cheese in the Trap” have aired, and scripts have been put together for up to the fourteenth episode. Filming started last September, and is planned to end in mid-January.

“Cheese in the Trap” is based on the webtoon of the same name, and stars Park Hae Jin and Kim Go Eun. It airs every Monday and Tuesday on tvN.

Do you think the producers of “Cheese in the Trap” have made the right decision?