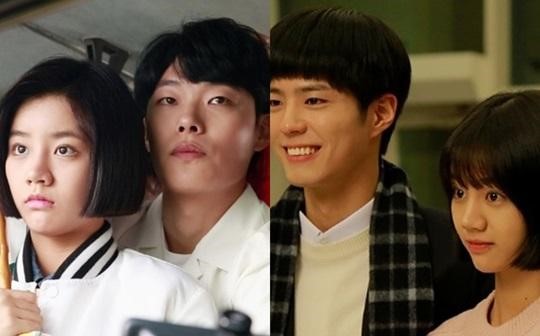 A drama industry representative revealed on January 8 that tvN’s “Reply 1988” is proceeding with its filming after the character Duk Sun’s (Hyeri) husband has been determined.

He commented, “We don’t know the full story since the complete script hasn’t been passed out to everyone yet, but Duk Sun’s husband has been determined. The problem at hand is how the plot will unfold.”

Back when “Reply 1994” was on the air, the crew recorded two possible endings involving two main characters portrayed by actors Jung Woo (Trash) and Yoo Yeon Seok (Chil Bong). They had to jump through hoops not to spoil the ending until it actually aired.

The representative added, “We didn’t receive all the scripts up to the episode 20. Each actor received his portion only, so I’m not sure what the overall released volume is. But we’ve already worked up to middle of episode 19. Some spoilers were released while the drama took a break over the holidays, so the entire team is on high alert to secure the spoiler from leaking.”

On episode 17 which aired last night, there was tension between Taek (Park Bo Gum) and Kim Jung Hwan (Ryu Jun Yeol). Jung Hwan asks Taek if he opened up his wallet, but Taek lies and says no, choosing friendship over love. In another scene, Kim Jung Bong (Ahn Jae Hong) told his brother Jung Hwan that wishing upon a shooting star makes your wish come true. Jung Hwan is seen making a wish when he’s left alone.

Who are you rooting for?