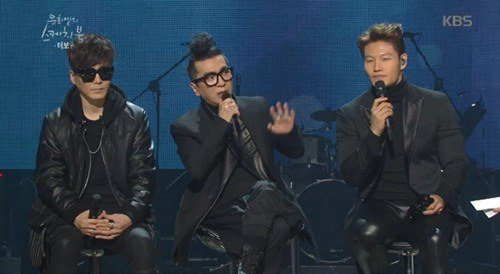 Also, Kim Jong Kook expressed his deep love and respect for comedian Yoo Jae Suk as he cracked everyone up with his wit. 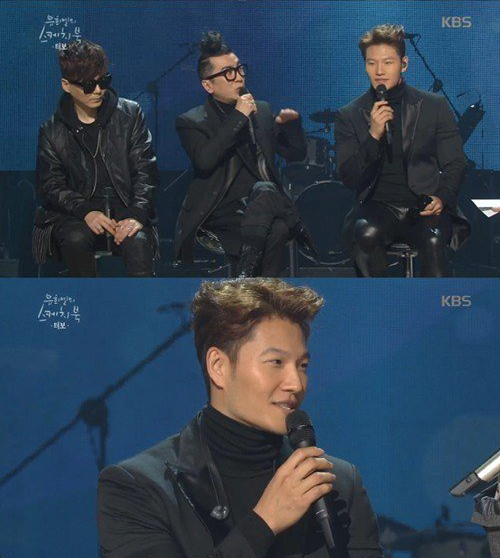 Initially, fellow Turbo member Kim Jung Nam showed his love for Kim Jong Kook saying, “I always thought this, but Kim Jong Kook is like a fortress to me. He may be younger than me, but he looks after me, so I can comfortably do what I want to do. I’m sure it’s because Jong Kook is successful at what he does. I wish he would remain at where he is. Then Mikey and I can work hard and catch up to him.”

After hearing this, Kim Jong Kook commented, “I feel the same way toward Yoo Jae Suk. I always wish him good health and a smooth path. I wish he would always remain at the top where he is. You read my mind. I know how you feel.” His witty comment made everyone laugh.

Seeing Turbo back together on the show, the fans expressed appreciation for Kim Jong Kook’s sense of humor. They were happy to see Turbo again and complimented Kim Jong Kook on his nice guy image.