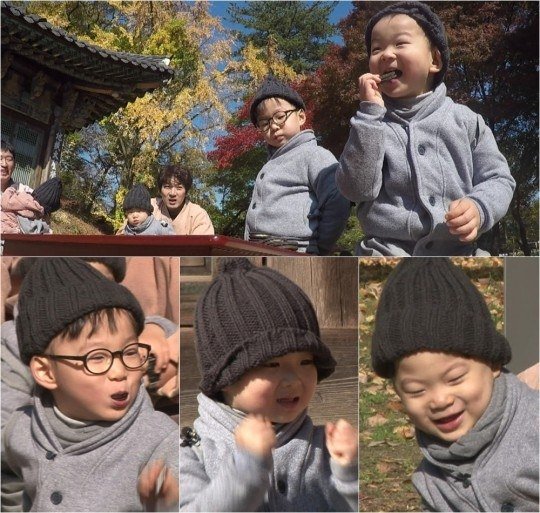 Song Triplets Turn Into Squirrel Brothers During “The Return of Superman”

The triplets show off their athletic talents in the “Temple Children’s Field Day” held by Song Il Gook.

On the episode of KBS2’s “The Return of Superman,” which will air on January 10, the triplets visit Magoksa for a temple stay.

During the show, Daehan and Minguk end up stuffing their cheeks like squirrels while stacking cookies for a game. Minguk especially concentrates on eating the cookies rather than the results of the game.

Daehan, too, stuffs his cheeks to the point in which they look like inflated balloons. The two squirrel brothers bring the entire temple into a fit of laughter.

Meanwhile, if Daehan and Minguk became squirrel brothers because of their looks, Manse became one because of his swift movements. During a game in which the kids have to run while on a broom, Manse ran out of track. The entire crowd was amused to see his little body travel swiftly around the temple.