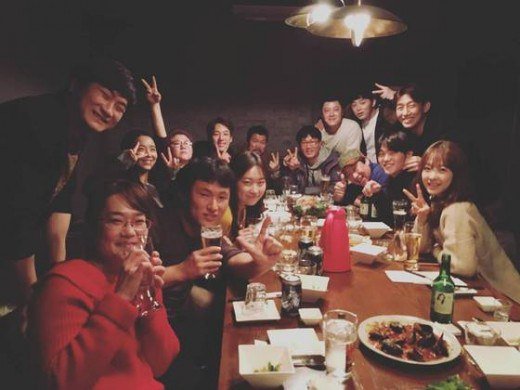 The cast of the popular 2015 tvN drama “Oh My Ghost” recently reunited, and shared a photo to prove it.

Actor Kang Ki Young posted a photo of the reunion to his Instagram account on January 9, accompanied by the caption “The ‘Oh My Ghost’ New Year’s party!” In the photo, many faces behind the show’s success are seen, including Park Bo Young and Jo Jung Suk. Other attendees pictured are some of the staff and crew of the drama.

It seems like the cast and crew of “Oh My Ghost” are still keeping in close touch, even well after the show wrapped up!

Update: This article has been corrected from its original version, which incorrectly described Kang Ki Young.

Oh My Ghost
tvN
How does this article make you feel?