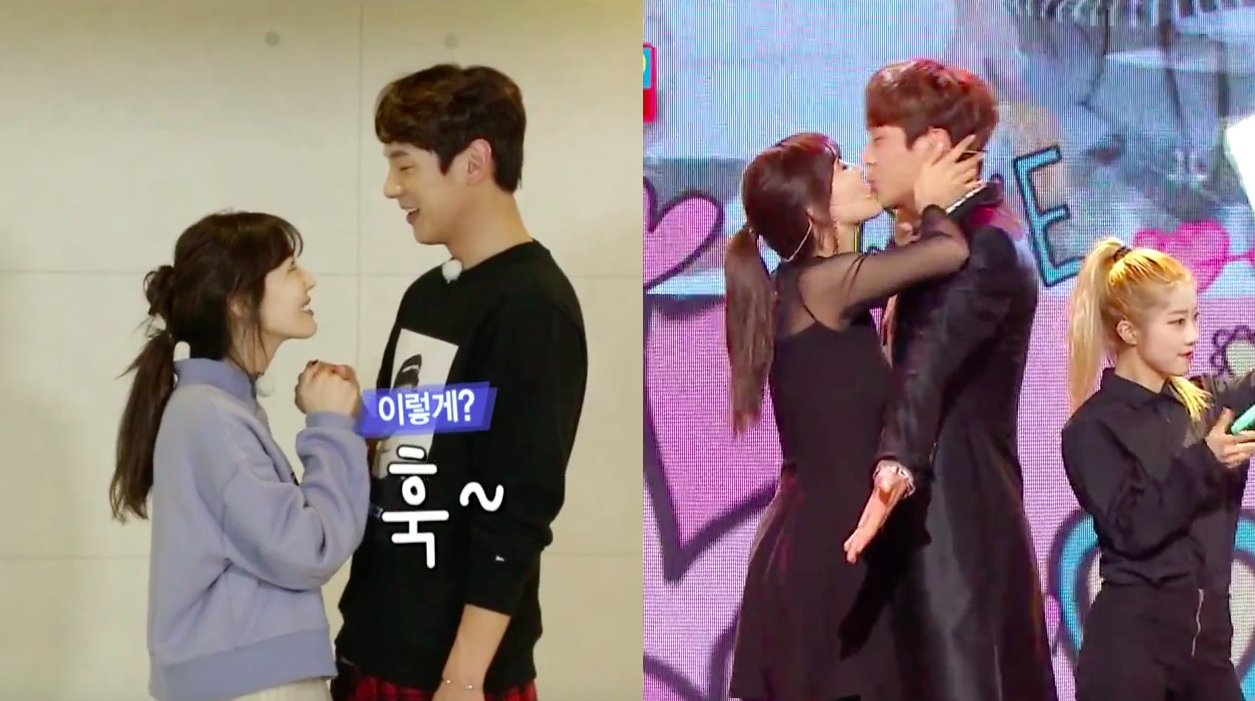 On January 9’s episode of “We Got Married,” we get a glimpse of Kim So Yeon and Kwak Si Yang’s rehearsals for their recent cute and romantic performance at an awards show!

All three current virtual couples from the show performed at the “2015 MBC Entertainment Awards” on December 30, and Kwak Si Yang and Kim So Yeon were the first to take the stage. The pair performed the song “Nice to Meet You” by G.NA featuring Wheesung, and at the end of their routine, Kim So Yeon grabbed Kwak Si Yang for a kiss on the lips.

Although she seemed confident on stage, she’s much more embarrassed and nervous while they’re rehearsing in this week’s episode of “We Got Married”!

The choreographers help them learn the dance but tell them they can decide what they want to do for their ending pose. As they give it a shot, Kim So Yeon playfully tries to go in for a kiss, but then pulls away, laughing. Kwak Si Yang is shocked at her forwardness, and almost collapses as he laughs and says, “I almost had a heart attack!”

The pair keep practicing and trying to figure out how to end their performance, as Kwak Si Yang teases Kim So Yeon for blushing. Kim So Yeon giggles shyly and pretends to be calling their teacher back in the room, and keeps drinking water nervously.

During their individual interviews, Kim So Yeon laughs and says with a mischievous look, “I made the decision on my own.”

Kwak Si Yang says, “That day I felt something strange. So I was secretly looking forward to it. I thought maybe we’d be making history on the show.”

Check out their rehearsal below!