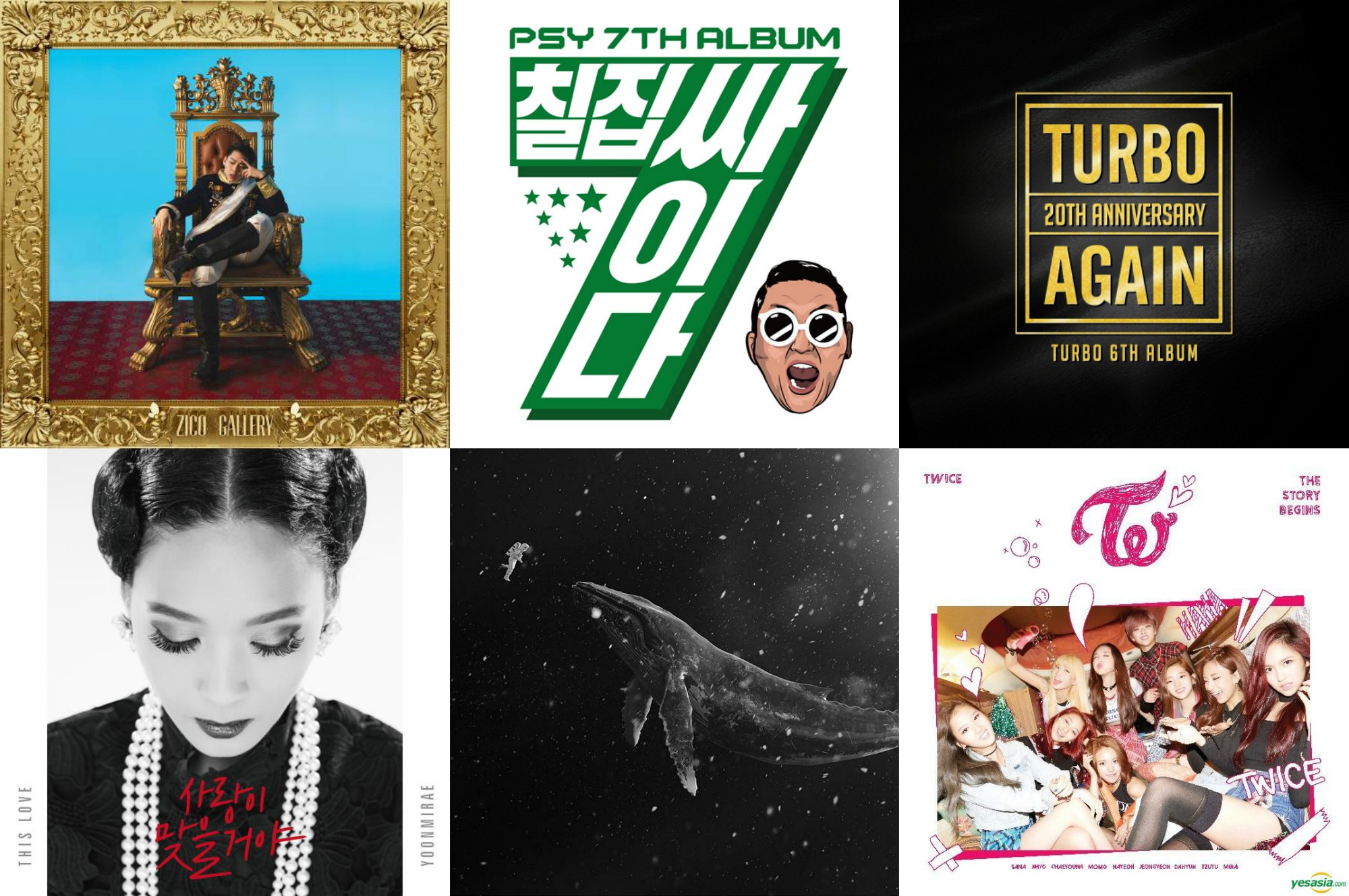 Psy recaptured the top two spots on our chart this week as both his title songs “Napal Baji” and “Daddy” remained strong on all our chart sources. “Napal Baji” edged “Daddy” by five points for the top spot. It is the second week this song is No. 1 on our chart. Congratulations again to Psy.

There are two new songs in the top 10 this week. Moving up 14 spots to No. 5 is Turbo’s “Again.” This is one of the title songs from Turbo’s sixth album of the same name. It is their first album in nearly 16 years. Turbo was a popular Kpop group in the 1990s. They had disbanded after releasing their fifth album in 2000. Lead singer Kim Jong Kook went solo and had a successful run in the last decade. He spent the last few years as one of the hosts of the popular variety show “Running Man.” Now Turbo is reunited to fans delight. “Again” is a vintage Turbo style electronic dance hit. It also features MC Yoo Jae Suk. “Again” won on Inkigayo last week despite no promotions.

Moving up one spot to No. 10 is Davichi’s Christmas single “White.” This song is a remake of FINKL’s 1999 hit. It is a tailor made song for the holiday season, even though it hits the top 10 afterwards. The duo shows their great harmony in this sweet winter love song. Jay Park is the featured rapper. It is a gift from Davichi to their fans to thank them for their continuous support.