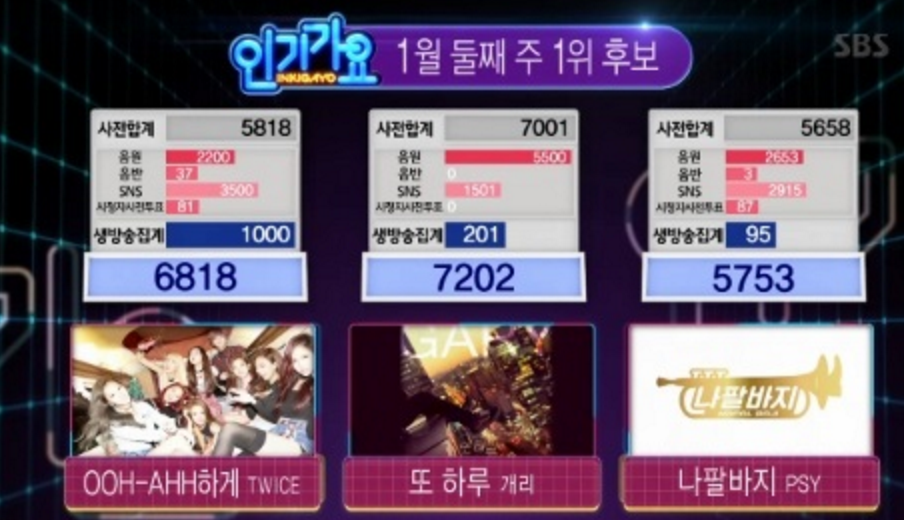 Gary Wins No. 1 on “Inkigayo” With “Lonely Night”; Performances by iKON, Lucky J, and More

Congratulations to Gary for his “Inkigayo” victory on January 10, taking No. 1 with his latest release “Lonely Night.” Also nominated for No. 1 this week were TWICE with “OOH-AHH” and PSY with “Napal Baji.”

Gary was not present during the show, so the MCs accepted the award on his behalf.

Turbo also made an appearance via video to accept their award from last week.

Accepting the award, Kim Jong Kook said, “It’s been 15 years. We really didn’t expect to win anything, but we’re even happier that it’s the first No. 1 of the new year.” Mikey also chimed in, “This award is more meaningful than the ones that we got when we were younger.”

Gary
Inkigayo
How does this article make you feel?