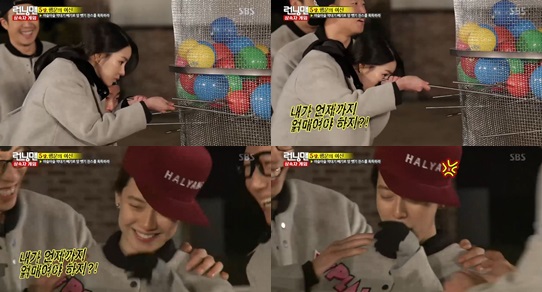 On the January 10 broadcast of SBS’s “Running Man,” the cast participates in an “heirs” race, for which actress Lim Ji Yeon appears as a host.

When “Running Man” member Gary uses an “Lim Ji Yeon chance” during one of the games, he affectionately yells, “Ji Yeon-yang,” which prompts Yoo Jae Suk to warn him that his Monday Couple partner Song Ji Hyo is watching him. However, Gary is unfazed, and says in response, “That’s in the past. How much longer do I need to be tied down?”