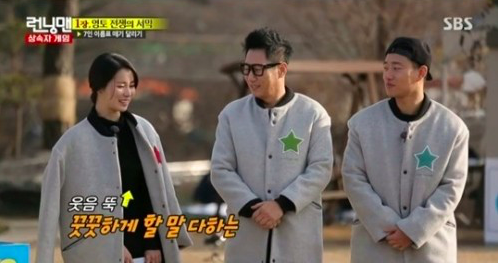 Lim Ji Yeon can’t hold her laughter in when she looks at Gary‘s face!

On the episode of SBS’s “Running Man” that aired on January 10, Lim Ji Yeon appears as a guest for the “2016 Hopscotch Game,” which is held in a large mansion.

While listening to the game’s rules, Lim Ji Yeon takes a glance at Gary’s concentrated face as he also takes in the information. Though she tries to keep her giggles to herself, she soon she bursts out laughing.

“You thought of a squid, didn’t you?” Lee Kwang Soo teases her.

“This is the first time I’ve provided entertainment with my face to a stranger,” Gary says with a hint of bitterness at being the center of the joke. 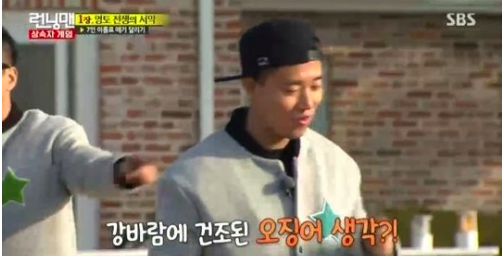 Lim Ji Yeon
Gary
Running Man
How does this article make you feel?